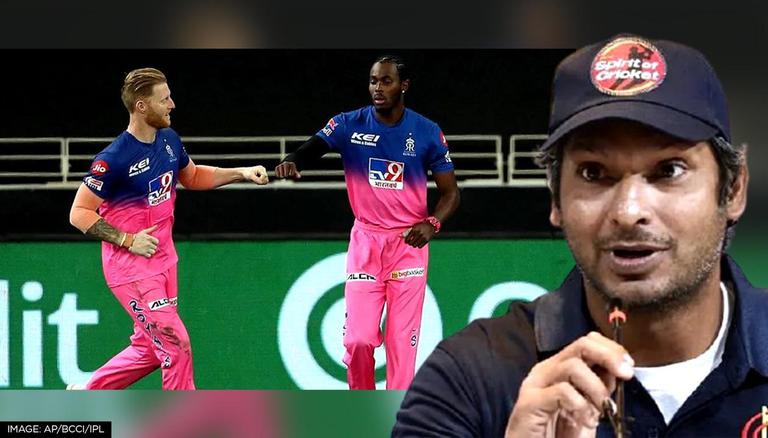 
Rajasthan Royals (RR's) Director of Cricket Operations Kumar Sangakkara recently explained why the team did not retain their two English star players, Jofra Archer and Ben Stokes. The list of retained players was announced by all the eight franchises on Tuesday night ahead of the IPL 2022 auction set to take place sometime in December 2021 or early 2022.

Rajasthan opted to retain skipper Sanju Samson, wicket-keeper Jos Buttler and opener Yashasvi Jaiswal. Fans are likely to have been surprised by the decision considering how valuable Archer and Stokes have been for the team.

Sangakkara explains the decision to release Stokes and Archer

"It’s extremely difficult. They are two of the best players in the world at the moment. Ben Stokes is the best all-rounder I have seen in a very long time. [He's] an absolute match-winner and he has shown that for Rajasthan Royals. Absolutely brilliant as a team man, brilliant in a leadership role. He just brings his amazing energy to the field. We had to consider the number of retentions possible. Player availability, in terms of how much of the tournament that a player is available for.

It's the same with Jofra. We did everything to ascertain the nature of the injury, the recovery period. There hasn't been a phenomenon like Jofra Archer in any form of cricket, especially T20 cricket. And I know the players themselves understand our reasoning, even though they may be disappointed. I am sure they are, as we are as a franchise. All these dynamics come into play."

Even though both Ben Stokes and Jofra Archer have been two outstanding players for Rajasthan Royals in the past, their lack of availability during the IPL has been a concern. Stokes just played eight matches in 2020 before just playing one game in 2021 after he sustained a finger injury. On the other hand, Archer did play 14 matches in the 2020 season but failed to play a single game in the 2021 edition of the tournament after suffering a long-term injury.