Ravindra Jadeja took the Internet by storm after he replied to a tweet by CSK, where the franchise asked its fans to name the possible retention for IPL 2022. 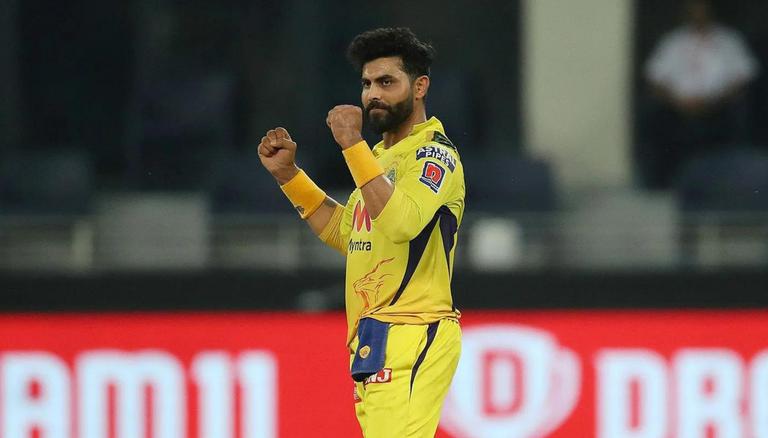 
Indian cricketer Ravindra Jadeja has fueled massive speculations on the four players who will get retained by Chennai Super Kings(CSK) ahead of the Indian Premier League (IPL) 2022 players mega auction. CSK took to their official Twitter handle on Wednesday and asked their fans to pick the players who will possibly be retained for the 2022 season of IPL. Replying to CSK’s tweet, allrounder Jadeja questioned if he should tell the names, and hence hinted towards him getting retained. The franchise also replied to Jadeja by asking him not to reveal the names.

The Retention Tension! Have you got some fav 💛 names in mind?

How did cricket fans react to Ravindra Jadeja's hint?

On spotting the reply by Jadeja on Twitter, Indian cricket fans were delighted as they predicted that the left-arm spinner will get retained by CSK. A fan mentioned that Jadeja looks pretty happy which suggests that he will get retained alongside MS Dhoni and Suresh Raina. At the same time, the fan also hoped for the retention of Ruturaj Gaikwad. Among the many reactions, a few CSK fans also expressed that they want the franchise to pick Ravichandran Ashwin to their squad in the auctions.

We want this King Ashwin in his den Chepauk. pic.twitter.com/F5zivcKuCn

As per the IPL player retention rules, each franchise can retain a maximum of four players, which will give the first retained player an amount of INR 16 crores, while the No.2, No.3 and No.4 retentions will earn INR 12 crores, eight crores and six crores respectively. Meanwhile, earlier in November, CSK boss, N Srinivasan revealed to Editorji that MS Dhoni doesn’t want to be the first retention as he wants another player, worthy of being the defending IPL champion’s top-earning player to take the place.

Salary purse of INR 90 crores for all franchises

All the franchises will have a salary purse of INR 90 crores for the IPL 2022 players auction. If a franchisee chooses to retain four players in total, they will head to the auctions with a purse of INR 48 crores. The upcoming IPL players mega auction is set to be an exciting event as two new IPL franchises are set to join the tournament next year, while many high-profile players also looking to switch their teams. The mega auction is scheduled to take place towards the end of December this year, while the last date for franchises to submit the list of retained players is November 30.