India's ace fast bowler Ishant Sharma and wife Pratima Singh received the first dose of the coronavirus vaccine in Delhi on Monday, May 10. 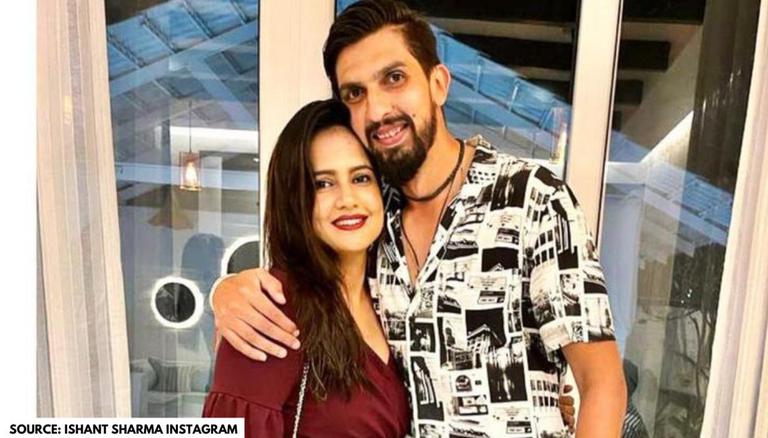 Several Indian cricketing stars have received the first dose of the COVID-19 vaccine. India's veteran pace bowler Ishant Sharma also took the first shot of the vaccine along with his wife Pratima Singh on Monday. The champion cricketer chose a government school for the vaccination and he was appreciated for the same by a top Delhi minister.

The champion cricketer had taken to his social media accounts on Monday to reveal that he has received the first jab of the coronavirus vaccine. The lanky pacer had also thanked the essential workers for ensuring a smooth functioning of the government facility. Interestingly, the 32-year-old had preferred to take the first dose at a government school ahead of a private unit.

Delhi's Deputy Chief Minister Manish Sisodia extolled Sharma for his decision. Taking to his Twitter account, Sisodia thanked the cricketer for visiting a government facility for vaccination. Moreover, he also pointed out that the healthcare personnel and school staff were encouraged after seeing the India player.

Thank you @ImIshant for choosing a Govt School for vaccination.

School staff and healthcare workers were so encouraged to see you there. https://t.co/cEYVBkgihz

In a chat show called What The Duck, Ishant Sharma recollected the first instance of him meeting his future wife. The lanky Indian pacer was invited as chief guest Delhi's IGMA Basketball Association League in 2011. Pratima, who is a professional basketball player, was injured at the time and was a scorer during the tournament as Ishant Sharma attended the event. Sharma reveals that he joked to a friend and organiser of the event that the scorers at the tournament were pretty as he was completely unaware that Pratima was also a professional basketball player.

Eventually, the couple got engaged on June 19, 2016, in Pratima’s hometown, Varanasi. They married later in December, in a star-studded function in Gurugram. Several of Ishant's former and present teammates attended the ceremony, with Yuvraj Singh, MS Dhoni and Indian wrestler Yogeshwar Dutt all pictured at the ceremony.

The tall pacer is a part of the Delhi Capitals team for the 14th edition of the Indian Premier League. The bowler had featured in three matches for the Rishabh Pant-led side before the tournament was postponed indefinitely. The talented cricketer managed to pick up only a single wicket in his three appearances, but bowled with a decent economy rate of 8.08. The Ishant Sharma IPL 2021 journey may have come to a standstill after the league's suspension, but the player has a number of crucial cricketing assignments coming up. The fast bowler will next be seen in action in the World Test Championship Final against New Zealand.