Kevin Pietersen has criticised his former English team-mate and skipper Micheal Vaughan who had revealed during a recent interview that many of KP's then England team-mates were against him after the veteran all-rounder had bagged a whopping offer in IPL 2009. Pietersen was bought by the Royal Challengers Bangalore for Rs 7.5 crores back then and was also made the captain of the team. Apart from Pietersen, Andrew Flintoff was the only English cricketer to play in that edition of the IPL.

Taking to the micro-blogging site, KP termed it as 'STAGGERING!' and then requested Vaughan to ensure that this is not spoken ever again. He also went on to mention the ex-skipper that they have all moved on from it and that there are many wonderful things to talk about in his career. Referring to the global pandemic that the world is facing currently, the 2010 T20 World Cup winner added that everyone is living in a broken world at the moment where positivity is the need of the hour. 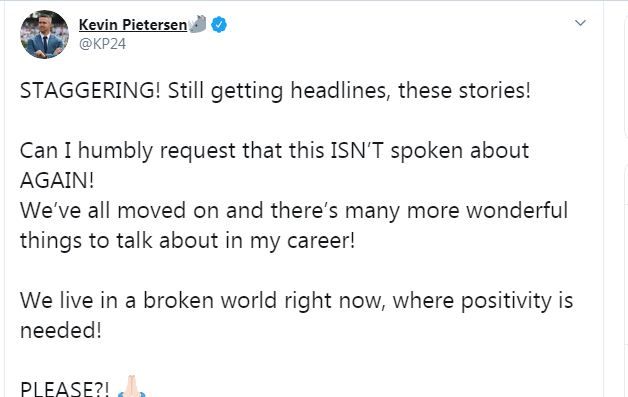 'There was a lot of jealousy'

Speaking to a leading news daily recently, Vaughan revealed that there was a lot of 'jealousy' in the English team after Pietersen was bagged by RCB, adding that the players will probably deny it now but at that time Pietersen was on a 'massive contract.' The former England skipper also stated that there was faction opposing the idea of Kevin playing the IPL and also teamed up against him.

Vaughan named players like Graeme Swann, Tim Bresnan, James Anderson, Stuart Broad and Matt Prior in the faction that opposed Kevin Pietersen. He also stated that it was almost like 'Kevin against the team.' Furthermore, he revealed that Pietersen's intention to play in the IPL was to improve his white-ball game but the players thought that he was going to India only for the money.

Pietersen was bought by RCB in 2009 for Rs 7.5 crores making him the joint-highest player of that edition. Pietersen succeeded Rahul Dravid as the captain but had to withdraw from the league halfway through to fulfil international commitments. He then played for Deccan Chargers and the Delhi Daredevils subsequently. The explosive batsman scored 1001 runs across 36 matches that he played in IPL and picked 7 wickets.