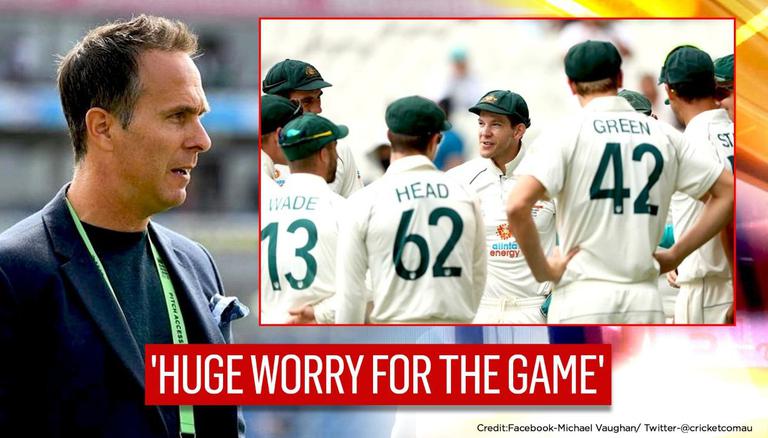 Former England skipper Michael Vaughan has questioned Australia's decision to postpone the South Africa tour and called it a 'huge worry' for the game.

The Proteas were all set to host the Aussies in a three-match Test series in March. However, Cricket Australia (CA) on Tuesday decided to postpone the series due to an 'unacceptable' coronavirus risk. The Australian board had said that travelling from Australia to South Africa at this current time would have had an unacceptable level of health and safety risk to the visiting players.

'A huge worry for the game': Michael Vaughan

Taking to the micro-blogging site, Vaughan mentioned that the  Aussies pulling out of the tour of SA is a huge worry for the game and then wondered whether they would have considered pulling out of a tour to India as well.

The Aussies pulling out of the tour of SA is a huge worry for the game ... Would they have pulled out of a tour to India is the question ?? !! It’s so important in these times that the big 3 do everything they can to help out those without the financial clout ... #JustSaying

READ: BCCI Wishes Ashok Dinda Luck For Future Endeavors As He Bids Adieu To All Forms Of Cricket

In an official statement released by Cricket Australia, the governing body confirmed the postponement of their three-match Test tour to the 'Rainbow Nation'. The statement mentioned that travelling from Australia to South Africa in the current situation was an unacceptable level of health and safety risk to their players, support staff, and the community. South Africa has seen a rise in COVID-19 cases, including a second wave and the emergence of a new strain of the virus.

The statement also acknowledged the significant amount of work by CSA in planning for the tour and revealed that Cricket Australia were prepared to take on additional cost and effort to make the series happen. The release also mentioned that the board was extremely disappointed to have arrived at the decision, especially given the importance of continuing international cricket at this time, our valued relationship with Cricket South Africa (CSA).

The Proteas were all set to host the Aussies in a three-match Test series in March. The decision of suspending the away Test tour has done some damage to Australia's chances of making it to the inaugural edition of the ICC World Test Championship finals.

They currently occupy the third spot in the ICC World Test Championship points table with 332 points. The Tim Paine-led side was docked four points for a slow over-rate against India during the Boxing Day Test match at the MCG and had this reduction not taken place, then Australia would have been ahead of NZ on percentage. They will now depend on other results for their spot in the finals.

Meanwhile, New Zealand have become the first team to qualify for the final. The summit clash of the WTC will be contested at the 'Mecca of Cricket' Lord's from June 18-22.

READ: 'India Is Proud Of Its Farmers': Pragyan Ojha Hits Back At 'outsider' Rihanna's Remarks