Mitchell Starc bowled a terrific delivery in the first innings of the Australia vs England, 1st ODI match to dismiss Jason Roy and reduce England to 20/2. 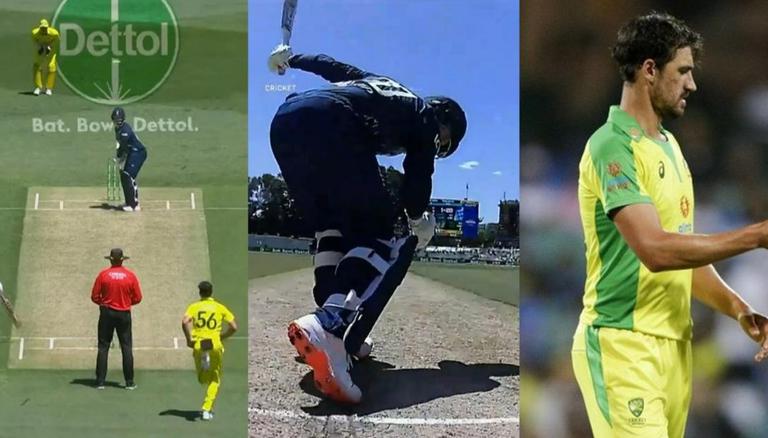 
Newly minted T20 World Champions England are up against Australia in a three-match ODI series, that kicked off on Thursday. The 1st ODI at the Adelaide Oval marked Australia’s new ODI captain Pat Cummins, leading the 50-over squad for the first time. The match kicked off with Australia winning the toss and electing to field first.

While Cummins dismissed Phil Salt on the score of 14 off 15 to register his first wicket as an ODI captain, Starc came up with a spectacular ball in the very next over, which left the batter shocked. In the second delivery of the fifth over, Starc bowled a length ball that landed around the off stump but cut back in sharply. While Roy looked to play it around, he came up with a confusing shot, seemingly in an attempt to cover the movement, but got deceived by it.

Starc ended up cleaning Roy’s stumps and sending him back to the pavilion on the individual score of 6 runs off 11 balls. It is pertinent to mention that Roy was making his return to the national side, which didn’t end on a good note. With the opener’s dismissal, England was reduced to 20/2 inside 5 overs.

A trademark inswinger from the big quick! #AUSvENG#PlayOfTheDay | #Dettol pic.twitter.com/94zYtKeNOE

What else happened during Australia vs England, 1st ODI match?

Going ahead in the game, James Vince hit five runs during his outing, before Sam Billings and Jos Buttler hit 17 and 29 runs respectively. Meanwhile, Dawid Malan hit the highest knock of 134 runs off 128 balls for England. Liam Dawson’s 11 and Chris Jordan’s 14 turned out to be crucial knocks for England, as they stood at 259/8 in 45.2 overs, at the time of writing this article.

Australia vs England, 1st ODI: A look at the playing XIs for both teams