From his cricketing idol to how many times he dismisses Virat Kohli in the nets, all-rounder Washington Sundar was straight-forward in all of his answers 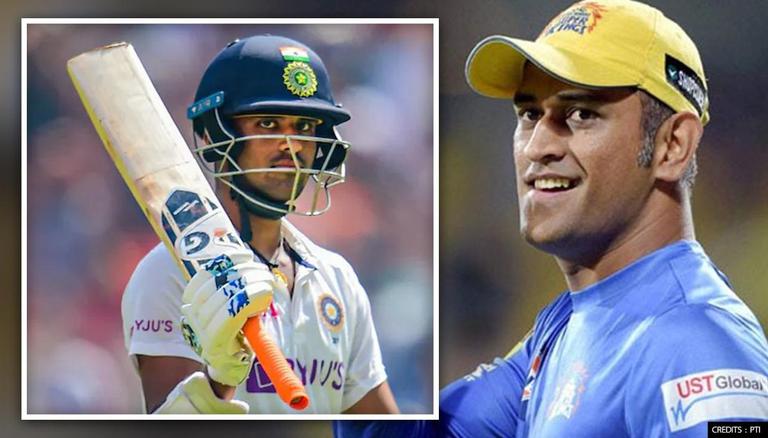 
Young Team India all-rounder Washington Sundar who is all set to fly to London to represent the Nation in the ICC World Test Championship Final recently gave some rapid responses in a question-answer session organised by ESPNcricinfo. From his cricketing idol to how many times he dismisses skipper Virat Kohli in the nets, Washington Sundar was straight-forward in every answer.

On being asked about cricketers whom he idolised while growing up, Washington Sundar named Team India's former skipper MS Dhoni and West Indies batting great Brian Lara. "Definitely Brian Lara because I have seen a lot of his batting growing up and of course after that Mahendra Singh Dhoni."

Brian Lara's name comes as a surprise given that Sundar would probably have been no more than 7 years old when the West Indian legend retired from international Cricket. Apart from his idol, Washington was also asked which teammate he texts most often? On that, the 21-year-old all-rounder replied, "T Natarajan, he is from Tamil Nadu, we have played a lot of Cricket together and it has to be him." Sundar also revealed that during the gym sessions he hates endurance training as he does not like to run for a long periods of time.

The RCB all-rounder was also asked that if he could pick one bowling skill from Ravichandran Ashwin's bag of tricks, Washington replied, "I think he's got too many variations, he can do anything in quick succession. I have seen him doing, that's really amazing of him."

Washington Sundar on one super-power he would like to have

On being asked about how he reacted when Rishabh Pant played the reverse-scoop on James Anderson as he was on the other end, the all-rounder said, "I didn't know how to react. More than anything he was batting in the 90s and he still managed to scoop over a couple of slips so I didn't know how to react but he was very successful. Nobody could say anything to him as he was in a different zone altogether. "

Virat Kohli is the king of cricket- Washington Sundar

Washington Sundar was also asked that how often he dismisses Virat Kohli in the nets, the off-spinner all-rounder replied, "Not too often, he is the king of cricket so I don't think I would get him out every session, probably once in every two sessions."

Sundar also revealed that RCB pacer Navdeep Saini takes the most number of selfies in the dressing room at times Mohammed Siraj as well.

Washington Sundar has been selected in the 20-member squad which will travel to the United Kingdom for the ICC World Test Championship Final and Test series against England. Team India is scheduled to play the World Test Championship final against New Zealand at Southampton from June 18-22 before taking on England in a five-match Test series. The series will begin at Nottingham (Aug 4-8) and will be followed by matches at Lord's (August 12-16), Leeds (Aug 25-29), Oval (Sep 2-6) and Manchester (Sep 10-14).