Symonds was a member of the Australian team that won the ICC Cricket World Cup in 2003 and 2007. The 46-year-old was a prolific run-scorer for Australia. 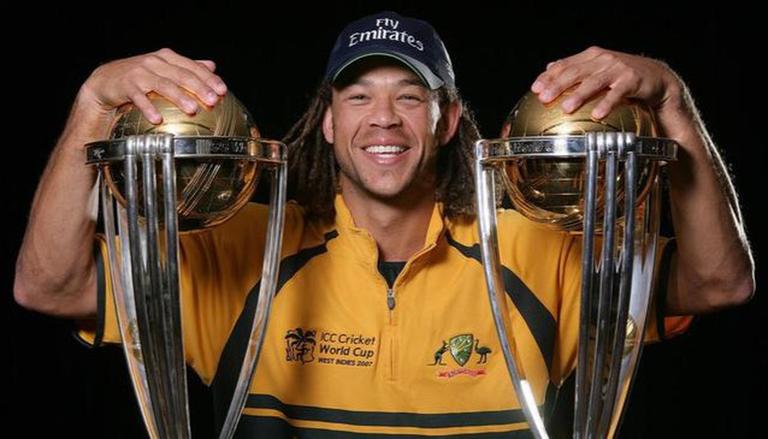 
In a shocking revelation, the family of Andrew Symonds has claimed that they didn't know why the Australian cricket legend was driving alone late at night. Symonds died in a car accident late on Saturday night near Townsville in Queensland, Australia. He was travelling alone with his two pet dogs at the time of the accident. Symonds' family has now made a surprising admission, claiming they had no idea why he was driving alone.

Symonds' sister Louise has told Daily Mail Australia that they didn't know why he was driving alone late at night. "We just don’t know. It’s just awful," Symonds' sister Louise was quoted as saying by Daily Mail Australia. Louise spoke to the publication on Monday morning, a day after Symonds died in the tragic car crash. Earlier, Louise had visited the accident site, where she left a handwritten letter for her late brother.

Meanwhile, it has been learnt that Symonds' autopsy has been delayed owing to an administrative issue. According to reports, Townsville, where the tragic accident transpired, does not have a postmortem doctor, therefore, Symonds' autopsy has been delayed. As far as the cause of the accident is concerned, the police still have no idea how the incident occurred and why Symonds' car veered off the road. Symonds may have taken his car off the road because of an animal, according to speculations.

Andrew Symonds is survived by Laura, his wife and their two young children, Chloe and Billy. Laura told the Courier Mail that they are still in shock and attempting to comprehend what has occurred. Laura went on to say that right now all she can think about is the two children and how the tragedy will affect them. Laura also remembered her late husband, describing him as a very relaxed person who always had time for everyone.

Andrew Symonds was a member of the Australian team that won the ICC Cricket World Cup in 2003 and 2007. The 46-year-old was a prolific run-scorer for Australia, as well as a formidable all-rounder with outstanding fielding skills and ability to bowl medium fast and spin. Symonds played 26 Tests and 198 ODIs for his country from 1998 to 2009.