Novak Djokovic defeated Andrey Rublev in the quarterfinal of the Australian Open 2023 and advanced into the 10th semifinal of his career at the tournament. 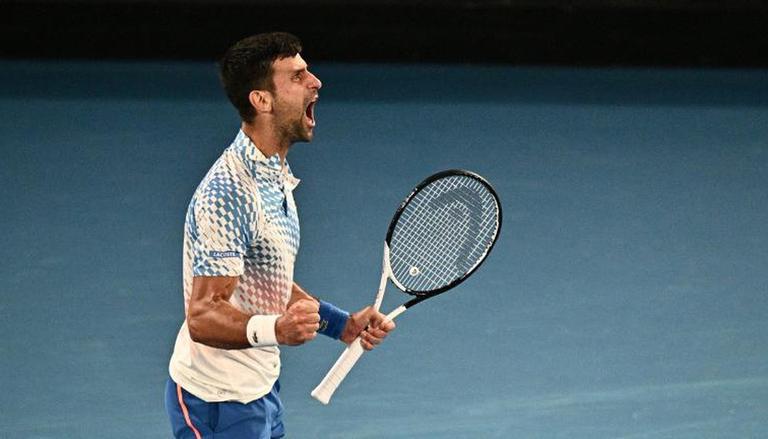 
Serbian tennis great Novak Djokovic claimed a victory over Andrey Rublev in three sets at the Australian Open 2023 and advanced into the semifinal. Djokovic continued his bid to clinch the 22nd Grand Slam title of his career with a dominating 6-1, 6-2, 6-4 victory. This is the 10th time in his career that the 35-year-old has made it to the penultimate stage of the season-opening major tournament.

With the victory, Djokovic equaled the legendary Andre Agassi in a the tennis record books. He has now the joint-highest men’s singles winning streak at the Australian Open during the Open Era. The 2021 Australian Open champion won his 26th straight match at the prestigious competition.

It is pertinent to mention that the star player was barred from playing in the Australian Open 2022 due to his stance against the Covid-19 vaccine. While he will now play in the Australia Open semifinal for the 10th time in his career, it will also be his 44th Grand Slam semifinal. He is now set to lock horns against Tommy Paul at the penultimate stage of the tournament on January 27. The Australian Open 2023 men's singles final is scheduled to be held on January 29.

“Couldn’t be happier with my tennis”

As reported by BBC, Djokovic revealed his thoughts after clinching the victory against Rublev and said, “I could not be happier with my tennis. I'm playing solidly from the back of the court and love these conditions.I'm going to keep going. I think it's important to be smart and wise with the body in these circumstances where it's more important to recover and get ready for the next challenge". As per BBC, Djokovic is not practicing between matches due to a hamstring injury.

“I would like to just say something. Today is the birthday of my physiotherapist who is not here at the moment. He left to the locker room, but I wanna say Happy Birthday to him and Happy Birthday to my mother, which was yesterday. So my mom is here, Love you mom,” Djokovic said. The 35-year-old champion is a nine-time Australian Open champion.