In the ongoing first Test of the three-match India vs South Africa series, the Proteas' second innings was slightly delayed due to a rather 'bizarre' reason. 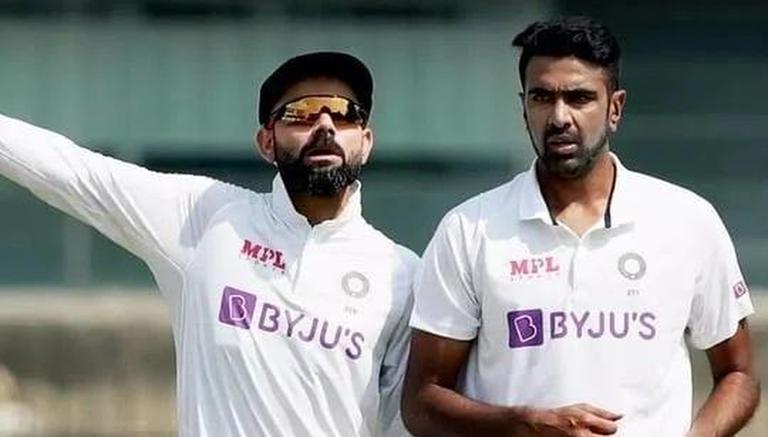 
In the ongoing first Test of the three-match India vs South Africa series, the Proteas' second innings was slightly delayed due to a rather bizarre reason. The reason for the delay was because R Ashwin went up to the umpire and said "We didn't pick this ball!." Team India's Test skipper Virat Kohli was seen walking up to the umpire as well, joining Ashwin in his protest saying, "We were never given the option to pick the ball. The usual convention is that the fielding team gets to pick the ball from a box and R Ashwin seems to be India's ball-picker.

Kohli then picked a ball from the box and held it from the seam as though a pacer would and tossed it towards Ashwin as they checked it thoroughly. They did the same with a few more balls so that they would pick the best option for their team. They even passed it to Mohammad Siraj and Shardul Thakur as India hunted for the perfect ball. Eventually, when Ashwin seemed satisfied by the ball he picked, he gave it to Siraj to check one last time.

Upon seeing the delay, commentator and former Australian commentator Mike Haysman said, "This is bizarre" to which South African legend Shaun Pollock replied by saying, "This is for deep cricket enthusiasts." Pollock also went on to explain why bowlers do this and that his former teammate Jacques Kallis would make fun of the pace bowler for it. Pollock was also asked how many times had he failed to pick a good new ball and he responded by saying, "Let me tell you we always picked a good lemon particularly in South Africa."

It seemed as though India ended up picking a good new ball as Mohammad Shami got Aiden Markram's wicket in the second over of the innings. And soon after that Keegan Petersen was taken out by Siraj. South Africa ended Day 4 with 94 for the loss of four wickets with 211 needed to win after Jasprit Bumrah took two vital wickets towards the end of the play. While India has the upper hand they need to be mindful as the Proteas skipper Dean Elgar is still playing having reached his half-century.

WE RECOMMEND
'40 Shades of Ash': R Ashwin unveils new show on different facets of his life
Virat Kohli's dance behind umpire's back during change of overs leaves netizens elated
Virat Kohli must continue playing drives but he needs to pick better balls: Batting coach Vikram Rathour
Syed Kirmani reveals big reason behind Virat Kohli-Sourav Ganguly captaincy controversy
Ravi Shastri opens up on Virat Kohli's captaincy row; 'Could be a blessing in disguise'
Listen to the latest songs, only on JioSaavn.com