A few minutes after Afghanistan announced its Cricket team squad for the upcoming T20 World Cup 2021, captain Rashid Khan stepped down from the position 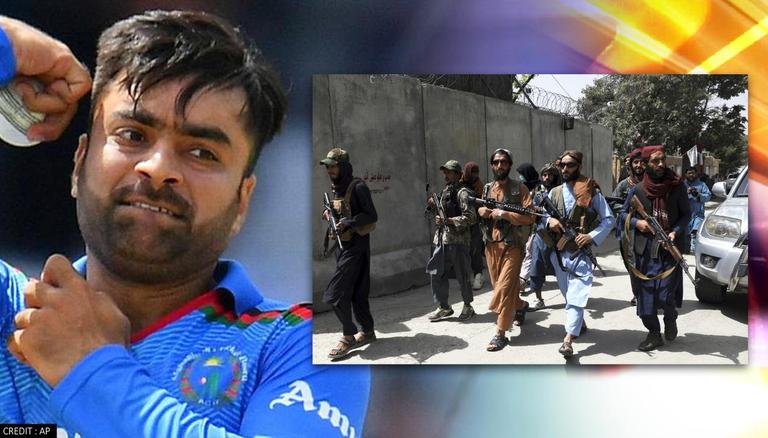 
Afghanistan announced its squad for the upcoming T20 Cricket World Cup on Thursday, retaining Rashid Khan as the team's skipper. However, within minutes of the new Taliban-controlled Afghanistan Cricket Board's (ACB's) announcement, Rashid Khan declared that he was stepping down from his role as Skipper of the team.

Highlighting that he deserved to be consulted on selection because he was captain, Rashid Khan issued a post on Twitter wherein he also added that his consent wasn't taken before being named in the team. He did highlight that it was always a proud feeling for him to represent his national side and captioned his post simply with a hands-joined emoji and the flag of the recently-deposed government of Afghanistan which has become a symbol against the Taliban. Rashid Khan is not believed to be in Afghanistan at this point in time.

Rashid Khan wrote, 'As the captain and responsible person for the nation, I reserve the right to be part of the selection of the team. The selection committee and ACB has not obtained my consent for the team which has been announced by ACB media. I am taking the decision of stepping down from the role as the captain of Afghanistan T20 side effective immediately. It's Always my proud playing for Afghanistan.[sic]'

Rashid Khan has been an inspiration for several Afghanistan cricketers as he helped bring the team into the limelight when it comes to T20I cricket. As a result of outstanding performances that helped him win the ICC Men's T20I Player of the Decade, he has helped the Afghanistan team increase its T20I ranking to eighth. Rashid claimed 89 wickets in just 48 matches at an average of 12.62 to claim this feat.

Rashid Khan pleads for help amidst Taliban takeover of homeland

Via two different Tweets, Rashid Khan appealed to the international community for help to aid his country amidst the Taliban takeover. In his first Tweet on August 10, he requested world leaders to help his country that is in chaos with 'thousand of innocent people getting martyred every day.' He ended his Tweet by requesting for peace, stating that this is all his countrymen wanted.
With the killing not stopping, he put out another heartbreaking Tweet on August 26, sincerely requesting the international community to stop killing Afghans.