Sourav Ganguly has been elected as the BCCI President. Meanwhile, the fans have come forward to troll the current Team India head coach Ravi Shastri on Twitter.

Former Indian captain and Cricket Association of Bengal (CAB) president, Sourav Ganguly's election as the president of the Board of Control for Cricket in India (BCCI) remains a mere formality after Sunday's 5-hour long meeting of key BCCI stakeholders. Meanwhile, it has also been learned that Ganguly is set to be elected unopposed as the BCCI president. As ex-skipper is on his way to begin a new journey, the fans have come forward with congratulatory messages for him and at the same time, have also trolled Ravi Shastri by warning him.

After the fans learned that Sourav Ganguly has been elected as the BCCI President, they started trolling the current coach of the Indian Cricket Team, Ravi Shastri with hilarious memes. Here are some of them. 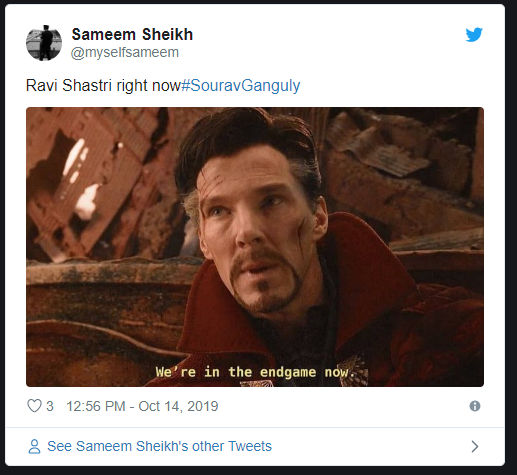 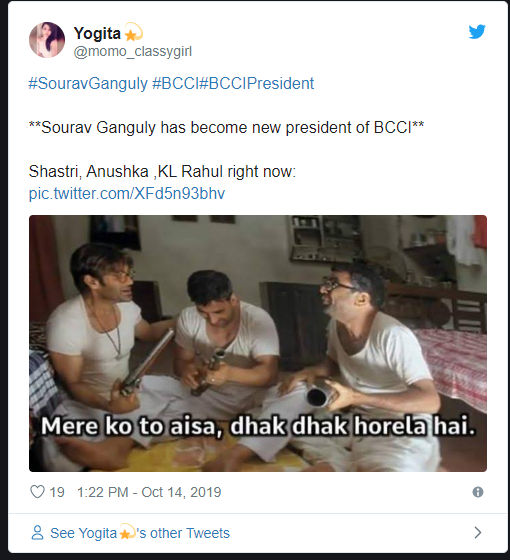 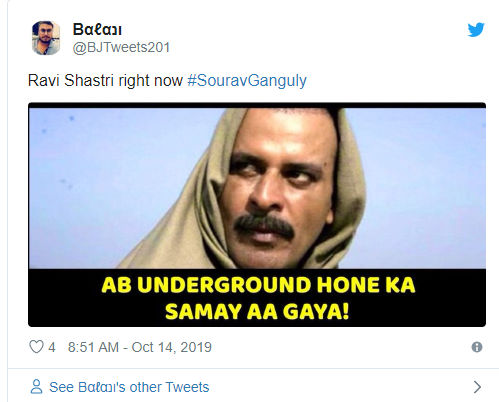 Sourav Ganguly's cricketing career was nothing less than illustrious. He had led India to many memorable wins which include the 2002 Natwest tri-series in England, the ICC Champions Trophy in the same year where India were declared joint winners along with Sri Lanka, a remarkable Test series in Australia in 2003-04 and a historic ODI and Test series wins in Pakistan in 2003/04. Dada had also led India to the finals of the ICC Knockout Trophy 2000 and the ICC Cricket World Cup 2003. He has scored 11,363 runs in 311 One-Day internationals at an average of 41.02.

The BCCI elections will be held on October 23

The BCCI elections will be held on October 23 and the last date for nominations is today/Monday (October 14).In a 5-hour long meeting starting Sunday afternoon till late evening, two names emerged for discussion  - Ganguly and former Karnataka State Cricket Association president Brijesh Patel. At one point Patel had become the front-runner when Ganguly stepped in and decided to put his hat in the ring and was even willing to contest.While Patel was backed by former BCCI president N Srinivasan, Anurag Thakur-led most associations felt there was a need for a big face to rescue and restore the image of BCCI. Ganguly, however, will be the BCCI head for less than a year as he will have to go through a "cooling off" period starting July next year, as per Supreme Court orders and Lodha Recommendations.