Former Indian captain and Cricket Association of Bengal (CAB) Sourav Ganguly, filed his nomination for the post of BCCI president on Monday. 'Dada' as he is famously known as, will soon take charge over of the BCCI as its President as he was elected unopposed. On Tuesday, Sourav Ganguly took to Twitter to share a photo of the new team at the Board of Control for Cricket in India (BCCI) and thanked former BCCI President Anurag Thakur. Sourav Ganguly is seen standing with Jay Shah, Arun Dhumal, Jayesh George and Mahim Verma along with Anurag Thakur.

Here is the picture posted by the new BCCI President:

The new team at. @bcci .. hopefully we can work well .. anurag thakur thank you for seeing this through ⁦@ianuragthakur⁩ pic.twitter.com/xvZyiczcGq 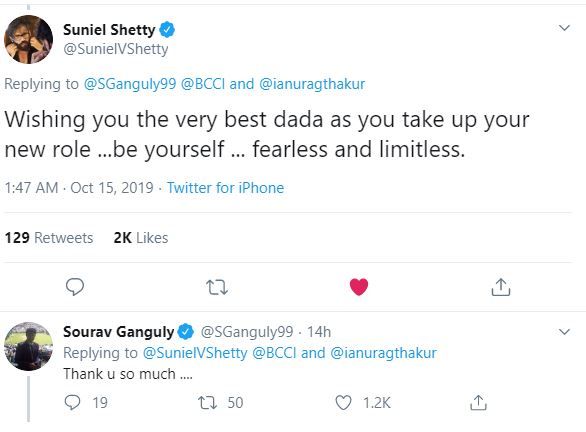 Former Indian cricketer VVS Laxman also congratulated BCCI President-elect Sourav Ganguly for his new role and said that there was no doubt that the Indian cricket would prosper under his leadership.

Congrats @SGanguly99 on becoming the President of @BCCI I have got no doubt that under your leadership Indian Cricket will continue to prosper.Wishing you lots of success in your new role Dada. pic.twitter.com/xU82q5JIzu

Sourav Ganguly speaks his heart out

Sourav Ganguly made some big statements while addressing the media. When asked about the speculations of who had a role in making him the frontrunner, Dada said that he had never expressed his aspirations. "I had never expressed my aspirations for this position. There were senior people in the team. I have never spoken to anyone, I had never expressed that I was keen", said Ganguly. The ex-captain also added that 90% of the representatives in the BCCI at the moment are new. "Till 10:30 in the night, I was not aware till I was told that I need to be the president and take this association forward along with Jay (Shah), Arun, the vice-president, the apex council members and the joint secretary."