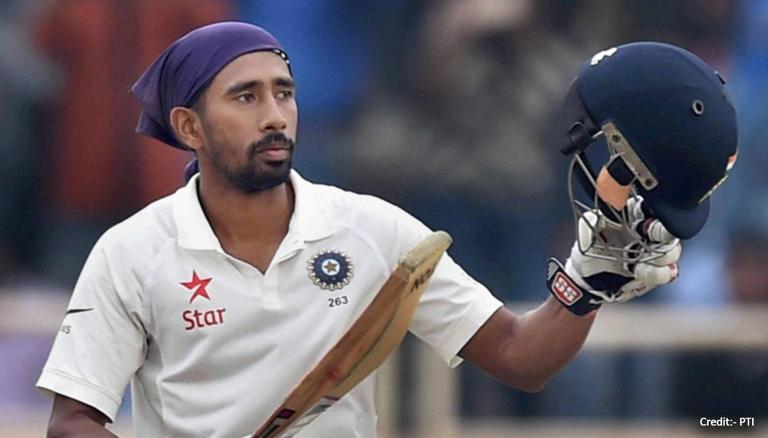 
It has been learned that veteran wicket-keeper batsman Wriddhiman Saha is set to join Team India for the upcoming tour of England that gets underway on June 18 after having recovered from COVID-19.

As per reports, Saha has returned negative tests twice during his quarantine period. The Bengal stumper who was representing the 2016 winners Sunrisers Hyderabad in IPL 2021  had tested positive for the virus earlier this month and shortly, the 14th edition of the marquee tournament was postponed indefinitely.

Meanwhile, Wriddhiman Saha has been named in the 20-man India squad for the World Test Championship and the subsequent five-match Test series against England starting August 4.

Team India's last Test series win on English soil had come way back in 2007 when the Rahul Dravid-led side registered a 1-0 win in the three-match series. The Indian team had a forgettable outing in the 2011 season where they were handed a 0-4 whitewash a couple of months after their memorable World Cup triumph. In 2014, the MS Dhoni-led side did manage a comprehensive win at Lord's but could not capitalise as they went on to suffer a 3-1 defeat in the five-match series.

READ | Wriddhiman Saha's quarantine period still not over as he tests COVID-19 positive again
First Published: 18th May, 2021 11:09 IST
SUBSCRIBE TO US