Here's a look at the updated ICC Cricket World Cup Super League standings after India claimed a 2-0 lead in the 3-ODI series against Zimbabwe on Saturday. 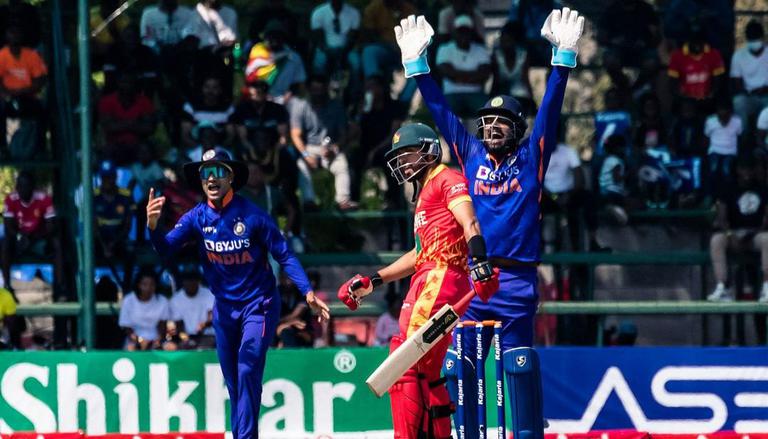 
The 2nd ODI between India and Zimbabwe concluded on Saturday with Team India claiming a five-wicket win at Harare. The victory doubled India’s lead to 2-0 in the ongoing three-match ODI series, as the Men In Blue also earned 10 valuable points in the ICC Men's Cricket World Cup Super League standings. After Saturday’s win, India finds themselves placed at the sixth position in the table, sandwiched between 5th placed Afghanistan and 7th placed West Indies.

Having played 14 ODI games so far, India has 10 wins to their name, alongside four defeats. Team India’s point tally stands at 99 with a net run rate (NRR) of +0.755. The Men In Blue also have one penalty over due to slow over rate.

Meanwhile, the standings are currently led by England, who have won 12 out of the 18 matches they have played while registering five losses. England returned with no result on one occasion, and find themselves at the top of the standings with 120 points and an NRR of +1.219. Bangladesh sits 2nd in the points table with 12 wins and six losses in 18 games, while earning 120 points and a NRR of +0.384.

At the same time, India’s arch-rivals Pakistan find themselves placed at 3rd in the standings with 11 wins and six losses. They have scored 110 points so far, while maintaining a NRR of +0.221. Pakistan is followed by New Zealand, who have registered 10 wins and one defeat in 11 games, scoring 100 points with +1.334 NRR.

While 5th placed Afghanistan have registered 10 wins and two losses so far, India has the chance to claim the 5th position by winning the final ODI against Zimbabwe. West Indies follow India with 90 points, while Australia is placed eighth in the standings with seven wins and five losses.

READ | India vs Zimbabwe: Sanju Samson does a MS Dhoni, finishes off in style with big six; WATCH 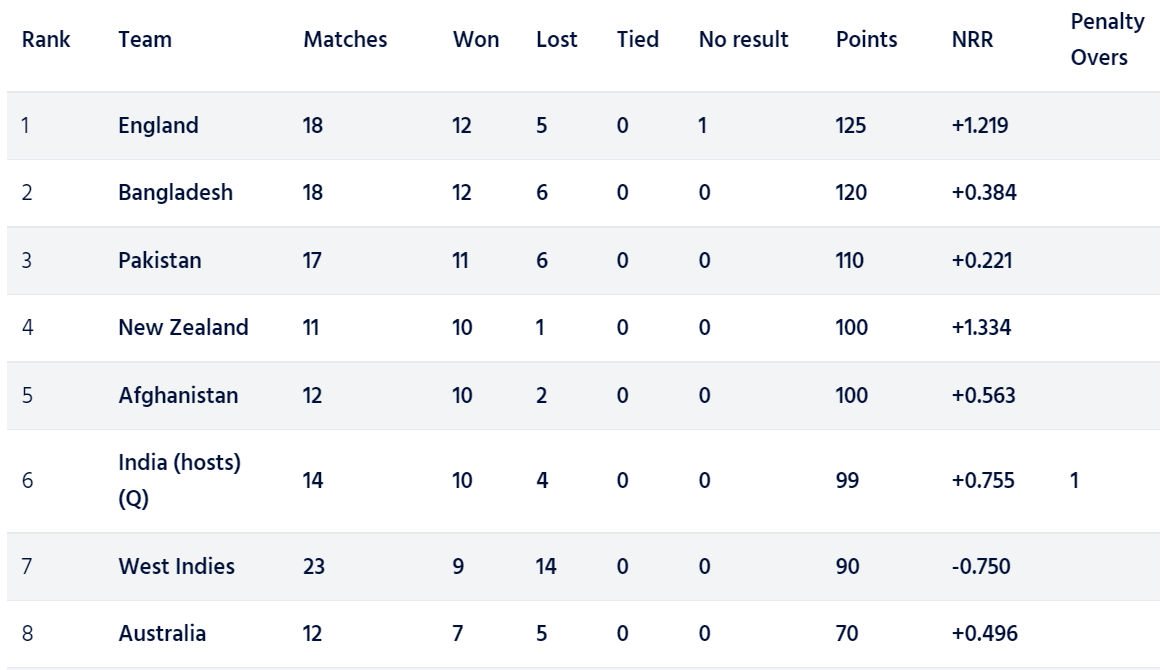 It is pertinent to mention that each team is awarded 10 points by the ICC, for every win they register in the ICC Men's Cricket World Cup Super League. A tie/no result/abandoned match results in teams being awarded five points, while zero points are awarded for a loss. The top eight teams in the World Cup Super League will earn direct qualification for the quadrennial 50 over World Cup.

India, being the host, has already earned qualification for the event. While the Men in Blue will be joined by seven other teams, the remaining teams will have to play in the ICC Men's Cricket World Cup Qualifier, along with five associate teams in order to qualify for the World Cup. A total of 13 teams are currently eyeing for the top eight spots in the ICC Men's Cricket World Cup Super League standings.