USA Cricket Announces Squad For U19 World Cup, Netizens Say It 'looks Like India B Team'

As USA Cricket announced their squad for the ICC U19 Women's World Cup 2023 on Wednesday, netizens reacted to it saying that it looked like India's B team. 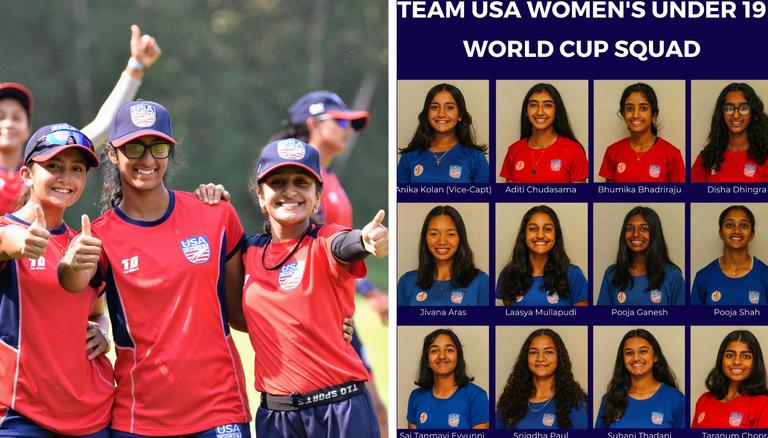 
Team USA announced a 15-player squad for the inaugural edition of the ICC Under-19 Women’s T20 World Cup 2023 on Wednesday. The U-19 T20 World Cup will be played in South Africa from next month onwards, where a total of 16 teams will lock horns against each other in a bid to become the U-19 Women’s T20 champions. While 11 ICC full-member nations gained automatic qualification for the tournament, the five remaining spots were filled by one team from each of ICC’s five regions, which also included the USA.

“USA Cricket Women's U19s Squad for Historic First World Cup Appearance Named 15-player squad to represent Team USA is named for the inaugural ICC Under-19 Women’s T20 World Cup in South Africa next month,” wrote Team USA on Twitter. As the announcement was made on USA’s social media handles, netizens reacted by pointing out that the squad looked more like an India B team. Alongside the 15 players selected in the squad, USA cricket also announced five non-traveling reserves for the prestigious tournament.

The tournament is scheduled to play from January 14 to January 29, 2022. The semifinals are slated to be held on January 27 at the JB Marks Oval in Potchefstroom. The prestigious event will conclude with a high-octane final at the same venue on January 29.

Also worth noting, most of these players American born and/or raised.

Full Support to this Team 🇮🇳🤝🇺🇸

Everyone has some Indian connections

Here’s a detailed looked at the players, coaching, and support staff announced by USA for the tournament.

Team USA’s 15-member squad for the marquee U-19 tournament: