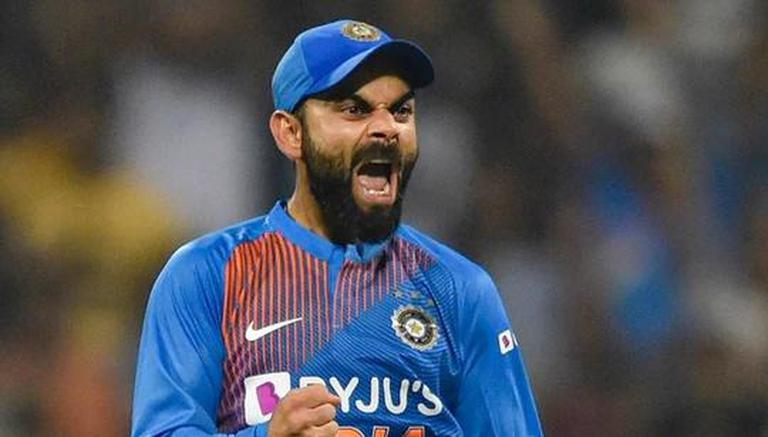 
Team India's skipper Virat Kohli on Thursday announced that he will be stepping down from T20 captaincy after the upcoming ICC Men's T20 World Cup 2021 slated to take place in UAE & Oman. Virat Kohli's decision came just 3 days before the resumption of the IPL 2021 Phase 2. With Virat Kohli stepping down as T20 captain, speculations are high that his limited-overs deputy Rohit Sharma will take the charge. As Virat Kohli will no longer captain India in Twnety20 International, here are some highlights of his career from the shortest format of the game-

Though MS Dhoni had led India to wins in South Africa and Australia, series victories had eluded him as skipper in England and New Zealand.

Under Kohli's captaincy, India has played 45 matches, winning 27 of those. This makes Virat Kohli the second most successful T20I captain for the country and fifth overall. Only Asghar Afghan (42) MS Dhoni (42), Eoin Morgan (37) and Sarfaraz Ahmed (29) have won more matches than Virat Kohli.

Apart from contributing with his captaincy expertise, Virat Kohli has also delivered with the bat. The player has scored the most T20I runs by an Indian skipper and with 1502 T20I runs, Virat is ranked second among captains with the most runs in T20Is only behind Australia's Aaron Finch (1589 runs).