As India gears up for its first-ever historic Day-Night Test, Virat Kohli took to his Instagram to and reminisced his old days as he watched a test match on tv.

As India gears up for its first-ever historic Day-Night and pink-ball Test, skipper Virat Kohli took to his Instagram handle and reminisced his old days when he used to watch a test match on television. Virat Kohli will lead India in their first-ever Day-Night Test match against Bangladesh in Kolkata's Eden Gardens on Friday. With the pink ball expected to help seamers more, Indian captain Virat Kohli is aiming to complete his 12th straight home series win with ease. Taking to Instagram, Kohli posted a picture of himself enjoying his morning cup of coffee, with a test match being aired on the television in the background. The star batsman captioned the image with: "Waking up to see test cricket  on TV takes you back to your childhood." 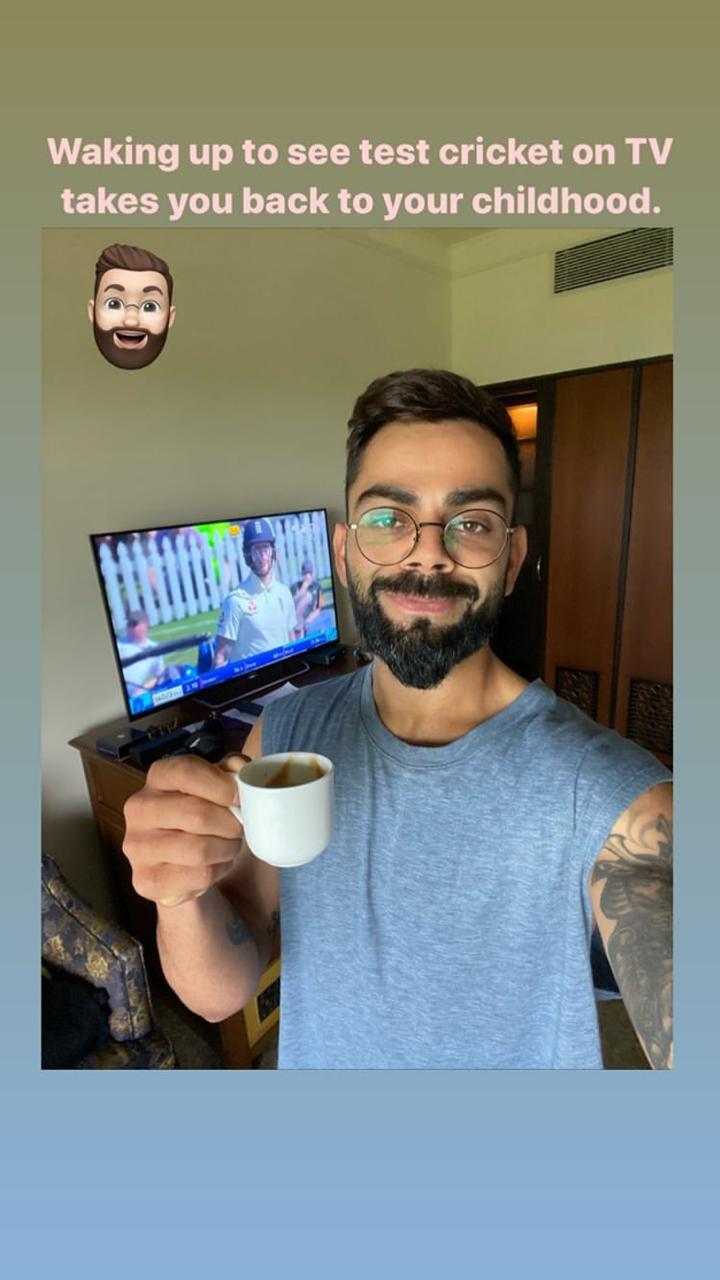 Virat Kohli's guess who's his partner in crime

When it comes to sweating it out between the wickets and making sure the runs come from literally 'running', no one does it better than India's skipper Virat Kohli and Captain Cool MS Dhoni. On Wednesday Virat Kohli took to his Instagram handle to post a picture with his 'partner in crime'. Sharing an old photo of himself and MS Dhoni training in the nets, Virat Kohli labelled MS Dhoni as his partner in crime and said that the duo's job was to steal doubles from the fielders in the boundary. MS Dhoni's running between the wickets is popularly compared to being lightning fast and it there is no one to vouch for it better than skipper Virat Kohli himself. Recently, Virat Kohli had sparked rumors of MS Dhoni's retirement after he paid tribute to the Captain Cool for making him run like a fitness machine.

Partners in crime🤝.. Crime : stealing doubles from fielders at the boundary 😃. Guess who 🤔 pic.twitter.com/Gk1x6lBIvm

It has been close to five months since MS Dhoni was last seen in action and its not just the fans who miss the World Cup-winning captain but also his teammates from the Men in Blue.

READ: Excited to play rather than think about negatives: Vettori on Day/Night Test