Lionel Messi is closing in on a massive FIFA World Cup record currently held by Diego Maradona, heading into Argentina vs Mexico match at the Lusail Stadium. 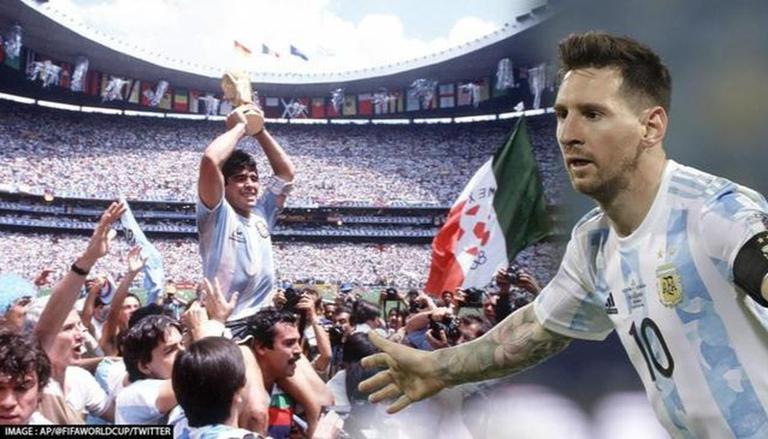 
Lionel Messi is all set to lead the Argentina national football team against Mexico in their second Group C match at the FIFA World Cup 2022 Qatar. Argentina earlier kicked off their campaign at the marquee tournament with a 1-2 loss against Saudi Arabia on November 22. However, heading into the match against Mexico, Messi is chasing a massive record currently held by Argentine football legend Diego Maradona.

The seven-time Ballon d’Or winner will equalise Maradona’s record of playing the most World Cup games for Argentina. While Maradona made 21 appearances at a FIFA World Cup during his playing career, Messi will make his 21st appearance when the South American team takes the field on Saturday night. The no. 3 ranked team in the FIFA rankings will face Mexico in the Lusail Stadium in Qatar.

Earlier on November 22, Argentina kicked off its campaign at the prestigious quadrennial event with a major upset. After Messi joined Portuguese captain Cristiano Ronaldo on the list of players to score goals in four editions of the World Cup by converting a penalty in the 10th minute, Argentina went on to lose by 1-2 against Group B rivals Saudi Arabia. Argentina faced widespread criticism for their loss as the match is being said to be the biggest upset in the tournament’s history in recent years.

Meanwhile, Argentina needs to defeat Mexico on Saturday in order to keep their hopes alive for the FIFA World Cup 2022 knockouts. The Messi-led team needs to win their remaining group games, which would take their tally of points to six and give them the best possible chance for qualification. A win and a loss will see Argentina earning four points in total, which means they will depend on the other results of the group to qualify.