Lionel Messi began his FIFA World Cup 2022 campaign in perfect fashion as he scored a penalty to give Argentina a 1-0 lead against Saudi Arabia at halftime. 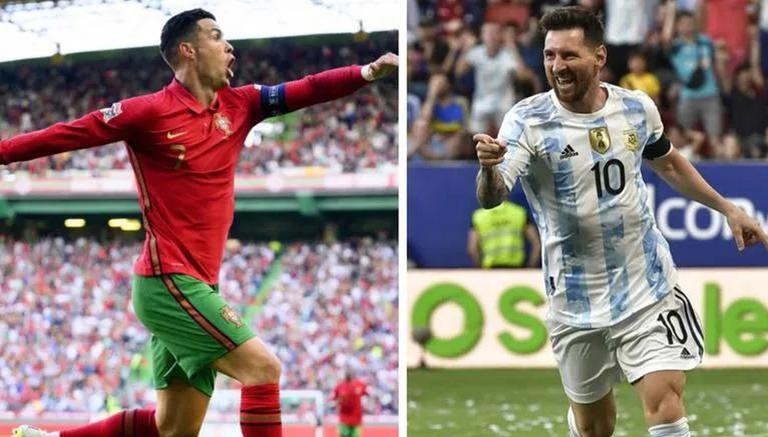 
Seven-time Ballon d'Or winner Lionel Messi kickstarted his FIFA World Cup 2022 campaign in perfect fashion as he scored a penalty in the tenth minute in Argentina's first group stage game against Saudi Arabia. The 35-year-old showcased immense composure before slotting the ball in the back of the net.

As seen in the video below, Lionel Messi exuded calmness as he struck the ball past Saudi Arabian goalkeeper Mohammed Alowais with ease to give his side a 1-0 lead. Argentina won the spot-kick after Saud Abdulhamid brought down Leandro Paredes in the penalty box.

Messi's penalty helped the Argentine captain to match a new record as he became only the fifth player in history to score at four different FIFA World Cups. The others to do so are Pele, Uwe Seeler, Miroslav Klose and Cristiano Ronaldo. Ronaldo could become the outright record holder if he were to score for Portugal in this edition of the tournament.

Leo Messi opens the goal for Argentina and it's a penalty 🐐🔥🇦🇷#FIFAWorldCup #Messi pic.twitter.com/28AACcerft

Soon after Messi scored the opener, the Argentine football team thought they had doubled the lead on two occasions, only for the goals to be ruled out for offside. At first, it was Messi again who put the ball in the back of the net in the 22nd minute, with Lautaro Martinez doing the same in the 28th minute. On both occasions, a tight call for offside ruled their goals out. As for the Argentina vs Saudio Arabia clash, it is 1-0 in the former's favour at halftime.

While speaking at his press conference ahead of the Argentina vs Saudi Arabia game, Lionel Messi said that this would most likely be his last opportunity to acheive his dream as he does not see himself playing another FIFA World Cup after this year's edition in Qatar.