Argentina and Poland will lock horns at the FIFA World Cup 2022 Qatar on Wednesday, eyeing qualification for the Round of 16 as the group toppers. 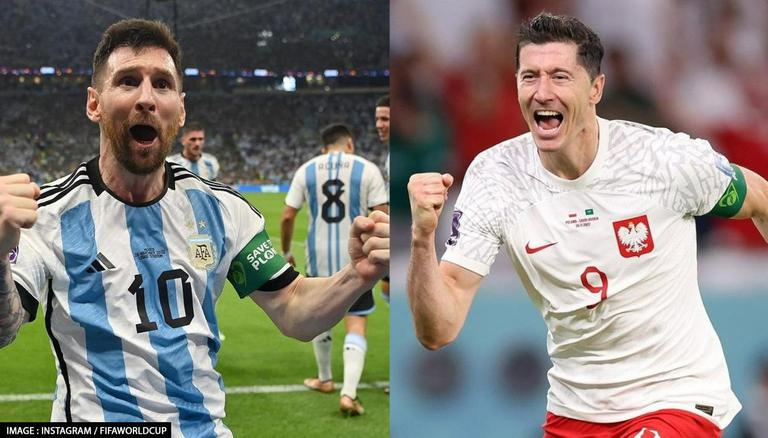 
The Group C qualification scenario for the FIFA World Cup 2022 in Qatar will get sorted with the conclusion of Day 11 of the prestigious tournament. The Lionel Messi-led Argentina will encounter Poland in their final group match, while Saudi Arabia is set to take on Mexico. Interestingly all four of the teams can still make it into the knockout stage.

Over 88,966 spectators were present at the Lusail Stadium in Qatar when Messi last took the field for Argentina against Mexico. While the eight-time Ballon d’Or winner registered his second goal of the current edition that day, he will be hoping to add more goals in his tally and take his national team through to the Round of 16 on Wednesday night. Robert Lewandowski, on the other hand, eyes a top-spot finish for Poland, who currently sit at the top of the points table.

Argentina needs to defeat Poland on Wednesday night to advance to the next round. If the match ends in a draw, Argentina would be hopeful that Saudi Arabia vs Mexico match also finishes in a draw to qualify as the second-placed team. Poland currently have four points to their credit and only needs a  draw or win against Argentina to qualify.

How can Lionel Messi take Argentina through to the Round of 16?

However, a victory by a big margin might ensure the Argentine team a top spot in the group, which will also help them dodge France in the Round of 16. It is pertinent to mention that Saudi Arabia are tied on three points with Argentina, and Messi’s team needs to be extra cautious while facing the Polish side. Saudi Arabia will become the first team from the host continent to make it to the knockout stage.

A win against Mexico will send them through, while a draw will also be enough if Poland sends Messi home early by defeating Argentina. A draw for Saudi Arabia and a win for Argentina will see the former fighting against Poland in goal difference. At the same time, the only way Mexico can reach the Last 16 is by winning against Saudi Arabia.

France earlier became the first team to qualify for the knockouts after winning two straight Group D games. They were joined by Brazil from Group G and Portugal from Group H on Day 9. Day 10 saw England and USA earn qualification from Group B, after Netherlands and Senegal advanced from Group A. The top two teams from each of the eight groups are set to play the Round of 16 from December 4 onwards.