Barcelona legend Ronaldinho's mother Dona Miguelina passed away at the age of 71 on Sunday, two months after she contracted the deadly novel coronavirus. 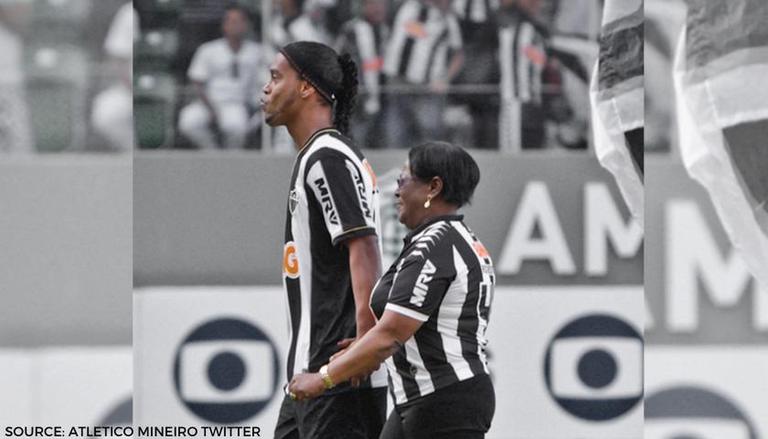 Former Barcelona superstar Ronaldinho’s mother Dona Miguelina has passed away after succumbing to the deadly coronavirus. She had contracted the virus in December last year but could not survive, with reports confirming her death on Sunday, February 21, 2021. Miguelina was hospitalised in Me de Dues Hospital in their hometown of Porto Alegre in December last year.

However, the 71-year-old could not recover completely from the deadly virus. Indeed, Brazil has been one of the worst affected countries in the world, having reported more than 10 million cases since over a year, apart from 245,000 deaths.

Ronaldinho’s former club Atletico Mineiro were among the first to send out a message of condolences. The statement when translated, reads, “It is with great sadness that Club Atletico Mineiro receives the news of the death of Dona Miguelina, mother of Ronaldinho. The Atleticana family is mourning and shares the moment of pain and comfort the heart of our eternal ace.”

Lionel Messi posted this on his Instagram, a message to former Barcelona team mate Ronaldinho, who's mother passed away due to COVID. "Ronnie, I have no words, I can't believe it. Just sending you a lot of strength and a big hug to you and the family. I'm verry sorry, RIP." pic.twitter.com/ANPdA9kJvy

Barcelona legend and former teammate Lionel Messi offered his condolences as well. The six-time Ballon d'Or winner posted a story on Instagram which when translated read, "Ronnie I have no words. I can't believe it. Just sending you a lot of strength and a big hug for you and the whole family. I'm very sorry, rest in peace."

Interestingly, Ronaldinho spent three seasons at the club, between 2012 and 2014. During his stint with the Brazi-based outfit, he racked up 85 appearances, while also scoring 27 times. His impact at the club could be comprehended from the fact that fans have flooded Atletico Mineiro's Twitter timeline with the image of the two donning the club shirt, apart from a banner being unfurled during one of the earlier games.

Ronaldinho's struggle continues as he ended up in prison last year

Ronaldinho took to Twitter on December 21 last year to reveal that his mother had contracted the novel coronavirus. He asserted that she had been admitted to the intensive care unit and was being provided with every possible treatment to help recover from the deadly virus.

Indeed, Ronaldinho has had a tumultuous time the previous year. The 40-year-old was subject to intense scrutiny after he ended up in a Paraguayan prison. He was accused of travelling to the South American country with a fake passport along with his brother Roberto de Assis Moreira, further racking up trouble for him.