Cristiano Ronaldo And Sunil Chhetri Could Face Off In A Match Next Year; Here's How

Cristiano Ronaldo surprised football fans around the world on Saturday morning after he completed his blockbuster move to Saudi Arabian outfit Al-Nassr. 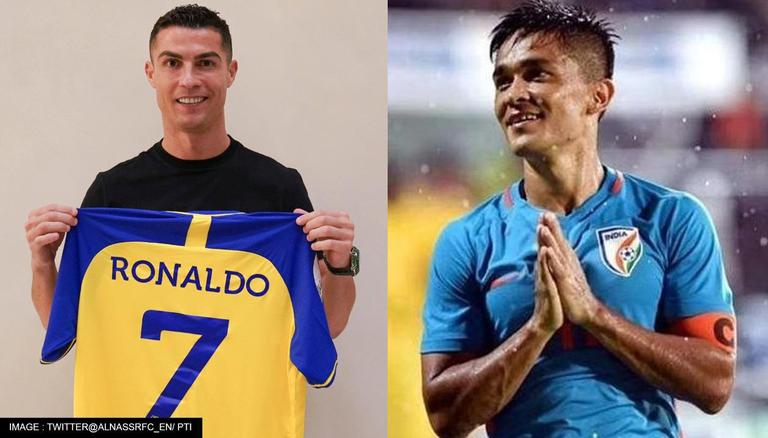 
Cristiano Ronaldo surprised football fans around the world on Saturday morning after he completed his blockbuster move to Saudi Arabian outfit Al-Nassr. With the Portuguese international now having successfully completed his move, there is a possibility that he could face Indian star Sunil Chhetri in a club game.

With Cristiano Ronaldo having completed his move to Al-Nassr, there is a possibility that he and Sunil Chhetri could face each other in the AFC Champions League next season. However, for that to happen, both Al-Nassr and Bengaluru FC, the club that Chhetri represents, would need to qualify for the continental competition next year.

It is pertinent to note though that Indian clubs have not had the best results at the continental level as only one club from the country has qualified for the AFC Champions League: Mumbai City FC (2022).

It is 'history in the making' for Al-Nassr as Cristiano Ronaldo becomes one of the first major signings of a Middle Eastern club. After completing the signing of the Portuguese international, the club issued a statement that read, "This is a signing that will not only inspire our club to achieve even greater success but inspire our league, our nation and future generations, boys and girls to be the best version of themselves."

Speaking of the move to Al-Nassr, Cristiano Ronaldo said that he was 'eager to experience a new football league in a different country.' The 37-year-old also added, "I am fortunate that I have won everything I set out to win in European football and feel now that this is the right moment to share my experience in Asia."

Ronaldo's latest move to Al-Nassr comes after he and Manchester United mutually decide to terminate his contract following the Portuguese international's bombshell interview with Piers Morgan. In the interview, the 37-year-old left no stone unturned in slamming the club's top-level management and head coach Erik ten Hag for 'betraying' him.