Cristiano Ronaldo's Christmas celebrations may not get any better as his girlfriend, Georgina Rodriguez, gifted him a Rolls Royce on December 26. 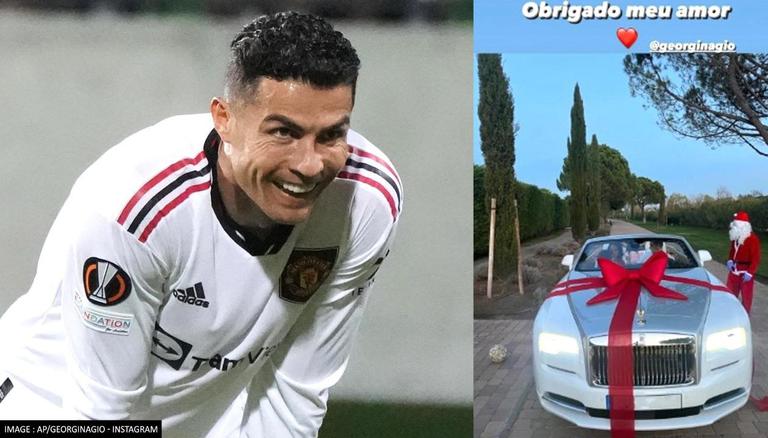 
Cristiano Ronaldo's Christmas celebrations may not get any better as his girlfriend, Georgina Rodriguez, gifted him a Rolls Royce and multiple bags of Louis Vuitton goodies on December 26. On receiving the gifts, the 37-year-old took to his Instagram handle and thanked his girlfriend for the same.

As seen in the video posted by Georgina Rodriguez below, Cristiano Ronaldo can be seen arriving home with the children. Once he arrives, much to his surprise, he sees a Rolls Royce parked outside his house. An elated Ronaldo and his children then immediately get inside the car and enjoy its unique features. Meanwhile, Rodriguez also gifted the children new bikes. 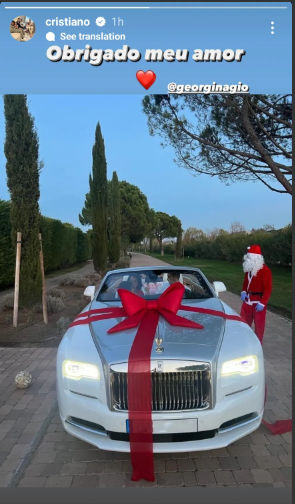 What's next for Ronaldo after Manchester United exit?

After parting ways with Manchester United via mutual agreement, Cristiano Ronaldo has now reportedly agreed on a deal with Saudi Arabian outfit Al Nassr. According to Spanish outlet Marca, the Portuguese international has agreed on a blockbuster contract that is worth a staggering 200 million euros per season.

While the deal will see him remain at the club until 2030, he will only be a player for the first two and a half years. Following this period, he will spend the remainder of his time at the club as an ambassador to help Saudi Arabia in its bid to host the FIFA World Cup 2030. With the January transfer window set to begin in less than a week, it will be interesting to see where Ronaldo heads next following his bitter exit from Manchester United.

The Portuguese international did not end on the best of terms with the Red Devils as he almost forced his way out of the club by giving an explosive interview to Piers Morgan. During the full duration of the interview, Ronaldo left no stone unturned in slamming the club and its coach Erik ten Hag.

He explained how he felt 'betrayed' by the club as the senior officials and the Dutch coach did not believe his word that he was away due to personal reasons after his newborn passed away. Ronaldo explained in the interview that he missed pre-season training because of the agony he and his family were facing after one of his newborn twins passed away.