Virat Kohli, who is a self-proclaimed fan of Cristiano Ronaldo, questioned the critics for their silence on the Portuguese star's performance against PSG. 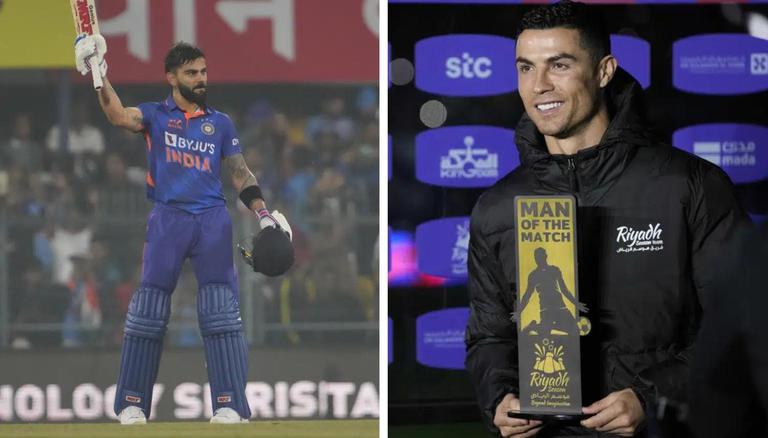 
Former India captain Virat Kohli has once again slammed Cristiano Ronaldo's critics after the latter's impressive show in an exhibition match on Thursday. Kohli took to his official Instagram handle to share a story, where he questioned the football experts for conveniently keeping quiet after Ronaldo's impactful performance last night. Ronaldo, who was playing for Riyadh All-Star XI against Paris Saint-Germain in Saudi Arabia, scored twice to help his team put on a fighting act.

"Still doing it at the highest level at 38. The football experts sitting and criticising him every week for attention and to be in the news are conveniently quiet now that he's put in this kind of performance against one of the top clubs in the world. And he was apparently finished," Kohli wrote in his post. 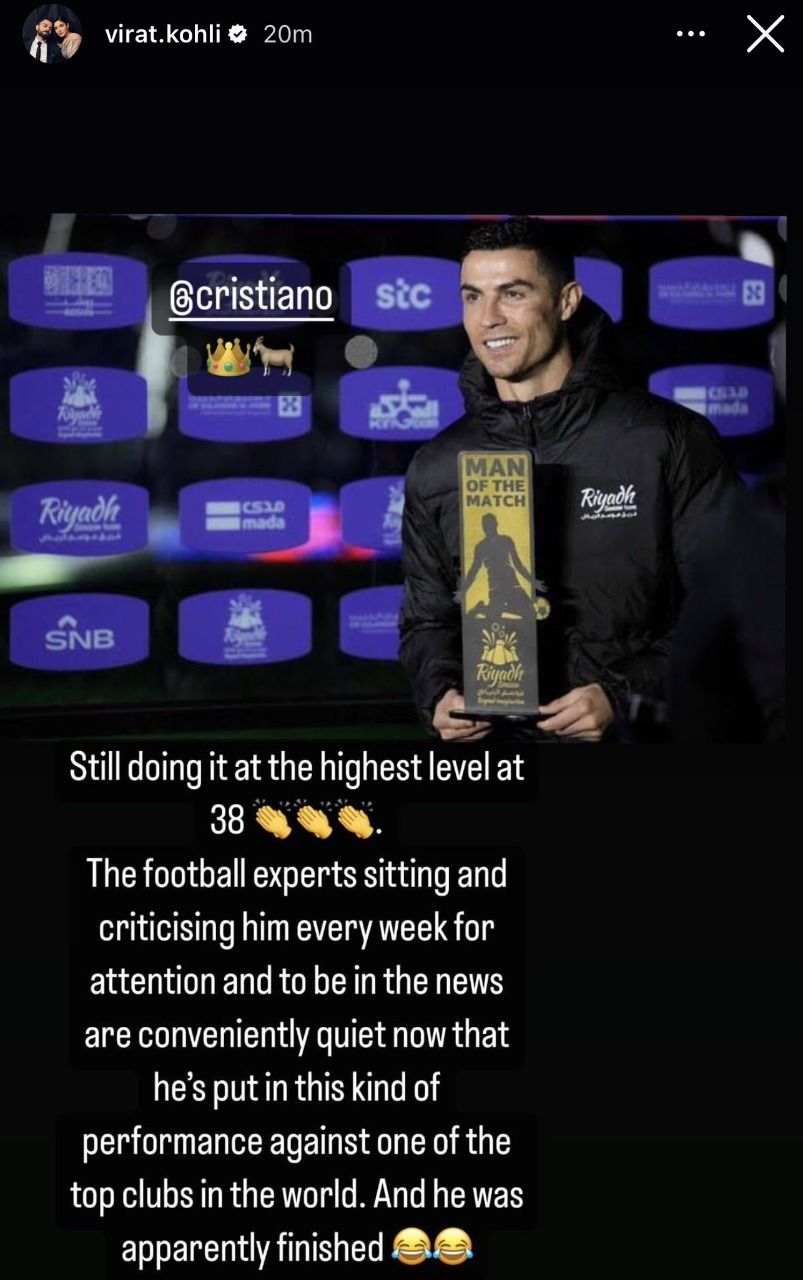 Kohli, who is a self-proclaimed fan of Ronaldo, questioned the critics for their silence on the Portuguese star's performance against PSG last night. Ronaldo netted twice in the match, and on both occasions, to level the score with PSG. The 38-year-old first scored a penalty in the 32nd minute and then converted a free kick moments before the half-time break. Despite Ronaldo's impressive performance, his team lost to PSG 5-4. This was Ronaldo's first match in Saudi Arabia since moving to the country last month.

Ronaldo signed a two-year deal with Saudi club Al-Nassr late last month. He moved to the Middle-Eastern country after mutually ending his contract with English Premier League side Manchester United. Ronaldo's association with United ended after the former criticised the club and its head coach Erik ten Hag in an interview with Piers Morgan before the FIFA World Cup 2022.

Ronaldo was unveiled by the Saudi club on December 31, 2022. He has not made his debut for the side as yet but is expected to feature in the club's match on January 22 against Al-Ettifaq.