On Tuesday, Odion Ighalo confirmed his Man United exit with a heartfelt post on Instagram, expressing his gratitude to everyone who helped him at Old Trafford. 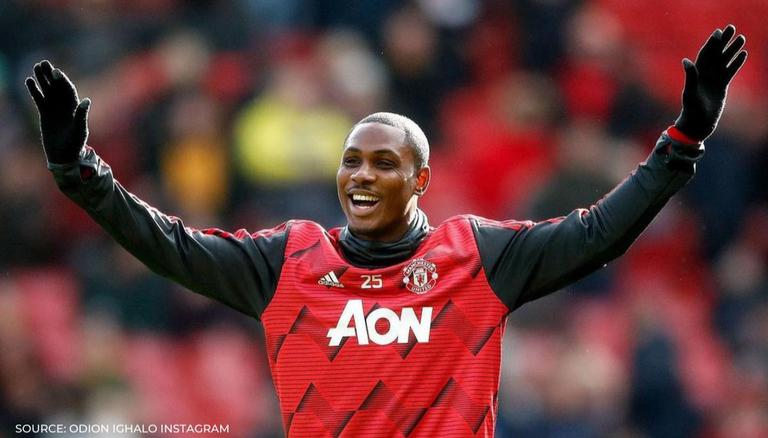 Odion Ighalo has bid farewell to Manchester United in a post on Instagram, saying his time at Old Trafford was an honour he will forever cherish. The 31-year-old's one-year loan spell at Man United will finish at the end of January and he is due to return to parent club Shanghai Shenhua. Ighalo joined United in January 2020 and saw his loan period extended following a strong start to life at the Theatre Of Dreams.

In an emotional Instagram post on Tuesday, Ighalo confirmed his Man United exit. He expressed his gratitude and thanks to those at Old Trafford who helped make his year at the club memorable. "It's so hard to see this dream come to an end. But I give God the glory for helping me fulfil this lifelong dream of putting on a Manchester United shirt as a player and represent this great club, it was indeed an honour I will forever cherish and be grateful for," he wrote.

Ighalo arrived at Man United on transfer deadline day last January and hit the ground running. He made a key contribution to Ole Gunnar Solskjaer's team at the end of last season, scoring five goals in 19 appearances as United reached the semi-finals of the FA Cup and Europa League, as well as finishing third in the Premier League to secure a return to the Champions League.

Odion Ighalo has announced his departure from Man Utd 🇳🇬

All the best @ighalojude, achieved the dream of playing for Manchester United! 🔴⚽️

However, Ighalo found minutes hard to come by this season and he has made just four appearances for the Red Devils in all competitions. He fell further down the pecking order after Edinson Cavani was signed at the club in October.

Earlier this month, while speaking to ESPN, Ighalo expressed his desire to play in the MLS. Reports from Sky Sports claim that Ighalo has been the subject of interest from clubs in Qatar, Saudi Arabia and Turkey.