Why Did India Not Play 1950 FIFA WC Despite Qualifying? The Reason Will Leave You Startled

India received the invitation to play in the 1950 World Cup after majority of the countries decided against travelling to South America. 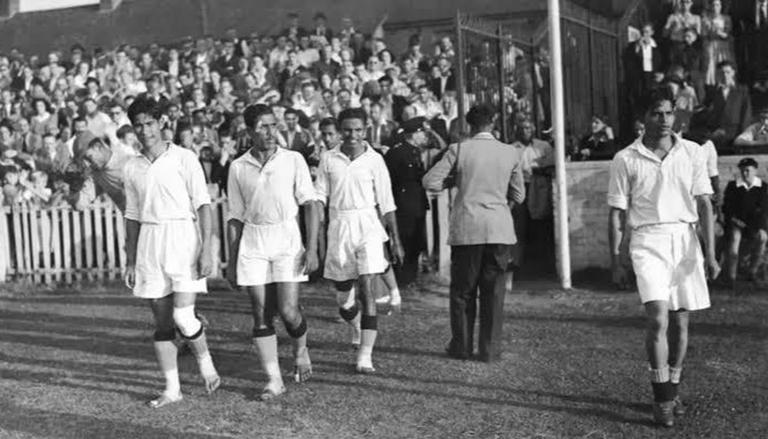 
The men's FIFA World Cup in Qatar is about to get underway on November 20 and once again India will not be a part of the event. The only participation for India at the FIFA World Cup came at the U-17 level since the country was hosting the event back in 2017. The senior team has not featured in a single FIFA World Cup tournament to date. The only opportunity for India to be part of the biggest football spectacle came back in the 1950 FIFA World Cup, but the country decided to not take part in the event. One may have heard stories about the team not being allowed to play because they wanted to play the tournament barefoot but that was not the actual reason.

The 1950 FIFA World Cup was hosted by Brazil after World War II but grippled with too many troubles. India received the invitation to play in the 1950 World Cup after majority of the countries decided against travelling to South America. Only 13 countries reached Brazil to take part in th event. According to Sports Illustrated, India rated Olympics as bigger than World Cup since it was just the fourth edition back in 1950. The report states that All India Football Federation (AIFF) did not deem it fit to send a team halfway around the world via ship. Brazil even offered to sponsor the travel costs, but the AIFF declined. Sailen Manna, the captain of the Indian Football team in 1950, said that they had no idea about the World Cup back then and Olympics was everything for them and there was nothing bigger.

Did the Indian Football team ever play barefoot?

The Indian football team did play the game barefoot and it happened during the 1948 Olympics. The Indian team either played barefoot or in socks. In the first round against France, the Indians managed to hold their opponents at 1-1 until their opponent found the back of the net in the 89th minute. Following the impressive performance, King George VI invited the Indian team, coached by Syed Abdul Rahim, to Buckingham Palace. However, in the next Olympics (1952) in Helsinki, the Indians found it difficult to play barefoot and were hammered by Yugoslavia 10-1. Following their disastrous loss, the AIFF made it mandatory for the players to wear boots.

Everything you need to know about FIFA World Cup in Qatar