Neymar Jr. is on the brink of overtaking Brazilian soccer legend Pele in a major record book, as he joins the national team for the FIFA World Cup 2022 Qatar. 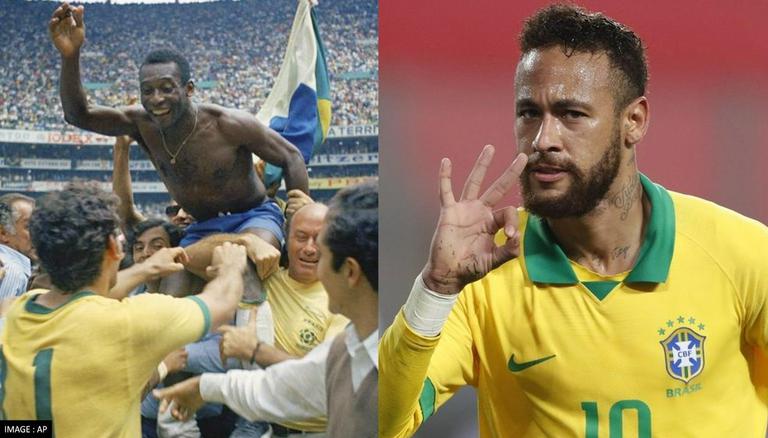 
Brazilian football superstar Neymar Jr. recently joined his national team ahead of the FIFA World Cup 2022 in Qatar and took part in his first practice session with the team on Tuesday in Turin. While the Brazilian team regrouped, the footballer joined them following a delay due to a problem with his flight from France. The 30-year-old heads into the marquee football event after finishing the first part of the season with Paris Saint-Germain.

Meanwhile, heading into the World Cup, Neymar eyes to surpass Brazilian football legend Pele in a major book of records. The forward is now just two goals away from becoming the joint-highest goal scorer for Brazil in international football. While Neymar’s goal tally currently stands at 75 goals in 121 appearances, Pele is the highest-ever goal scorer for Brazil with 77 goals in 92 appearances in his career.

Meanwhile, Brazil have started their preparations for the prestigious World Cup in Turin, Italy, before traveling to Qatar on Saturday. As reported by the Associated Press, Neymar was seen leaving the practice session an hour before his teammates. Neymar’s PSG teammate Marquinhos also arrived later and had a light practice session on Tuesday.

Brazil are five-time FIFA World Cup winners, but are now seeking their first title win in two decades. The team will open their Qatar 2022 campaign on November 24 against Serbia, before facing Group G opponents Switzerland and Cameroon on November 28 and December 3, respectively. It is pertinent to mention that the top 2 teams from each group will head into the Round of 16 at the FIFA World Cup 2022 Qatar.