World Cup 2022: Kylian Mbappe Misses France Training But It's Not What You Think It Is

Kylian Mbappe is currently the leading goal-scorer at FIFA World Cup 2022 and is favourite to win the tournament's Golden Boot. 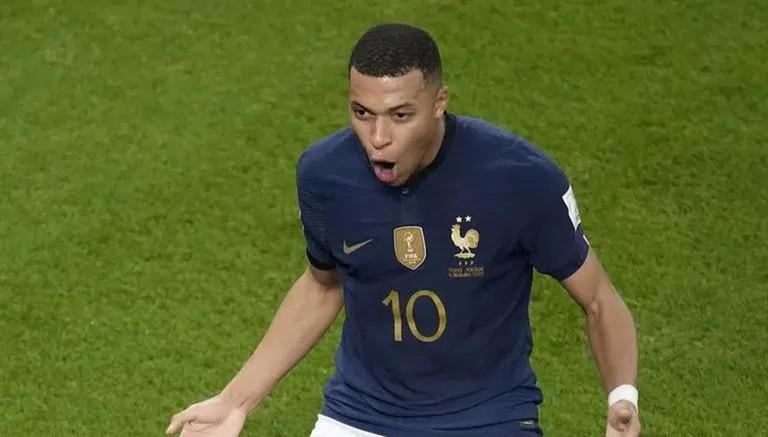 
France star Kylian Mbappe on Tuesday skipped training with his team ahead of the crucial quarterfinal clash against England. France are slated to lock horns against England in the knockout stage of the ongoing FIFA World Cup 2022 on Saturday. Mbappe, who has been in great form at the marquee tournament in Qatar, was not seen in the training when France players took to the field to practice on Tuesday night.

According to RMC Sport, Mbappe missed the training session with his team at their base at the Al Sadd Sports Club Stadium because of advice from France's team doctor. The report suggests that Mbappe was undergoing a session in the recovery room when the rest of his teammates were training for Saturday's quarterfinal clash against England. Mbappe has not sustained any injury as claimed by some media outlets earlier.

Mbappe is currently the leading goal-scorer at FIFA World Cup 2022 and is favourite to win the tournament's Golden Boot. The 23-year-old has five goals from four matches. He scored a brace in France's 3-1 win against Poland that sent his side to the last eight. Earlier, Mbappe scored two goals in France's opening match against Denmark, helping his team win by 2-1. France lost its second match against Tunisia.

"This is the competition of my dreams, and I am delighted to be here. When I didn't speak to the media in the early rounds of this competition, it was because I just needed to focus on the tournament and my football. When I want to concentrate, that's how I function, but when I was told the French Federation would be fined, I paid it myself because it was my responsibility," Mbappe said.