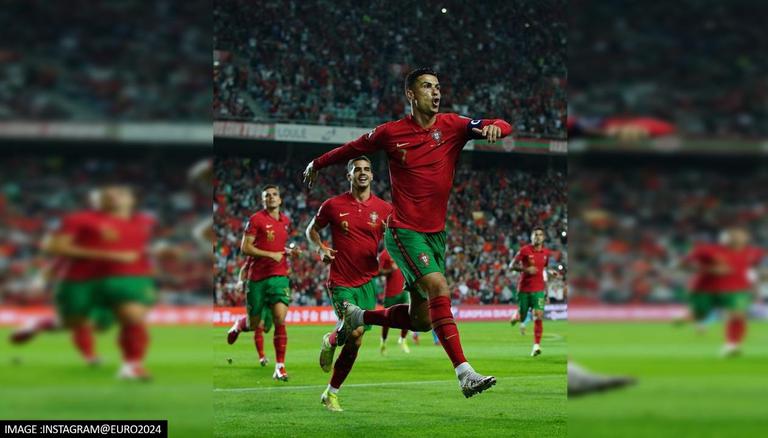 Portugal vs Luxembourg: Cristiano Ronaldo records most number of goals against a single team

Cristiano Ronaldo hat trick against Luxembourg has now taken his Portugal career goals tally to 115 goals, 16 of which have come on penalty kicks and 36 of which have taken place in World Cup qualifying. The match against  Luxembourg saw Ronaldo completed another historic milestone. With his 10th international hat-trick, the 36-year-old now has the most number of goals he's scored against any other country. Earlier Lithuania and Sweden shared the honours, conceding seven times apiece to Ronaldo.

Recently Cristiano Ronaldo went past Iran's Ali Daei to become the all-time highest international goalscorer with 111 goals in 180 international matches for Portugal. He achieved the feat during Portugal's 2-1 win over the Republic of Ireland in the 2022 World Cup Qualifiers match. If Portugal qualifies for the World Cup, then Cristiano Ronaldo would have the opportunity to be the fifth male player to appear in five tournaments.

Recap of Portugal vs Luxembourg match

The match started with Portugal setting the pace after Cristiano Ronaldo opened the scoring in the 8th minute of the match after a foul on Bernardo Silva by Sebastian Thill, though replays appeared to show the contact came outside the box. Portugal doubled the lead in the 13th minute with Ronaldo being fouled by Luxembourg goalkeeper Anthony Moris. The striker did convert his first attempt but was forced to take it a second time as Andre Silva was judged to be encroaching in the area.

Five minutes later, Portugal went 3-0 ahead with Cristiano Ronaldo's Manchester United teammate, Bruno Fernandes, finding the back of the net following good work from Bernardo Silva. Midfielder Joao Palhinha added his name to the scoresheet netting in the fourth goal for the team from the corner which resulted from Cristiano Ronaldo's overhead kick effort which was saved by the keeper. The match was rounded off by Cristiano Ronaldo who netted his 10th hattrick for his country -- and his first in over two years -- just three minutes from time with a header from close range, assisted by Ruben Neves.