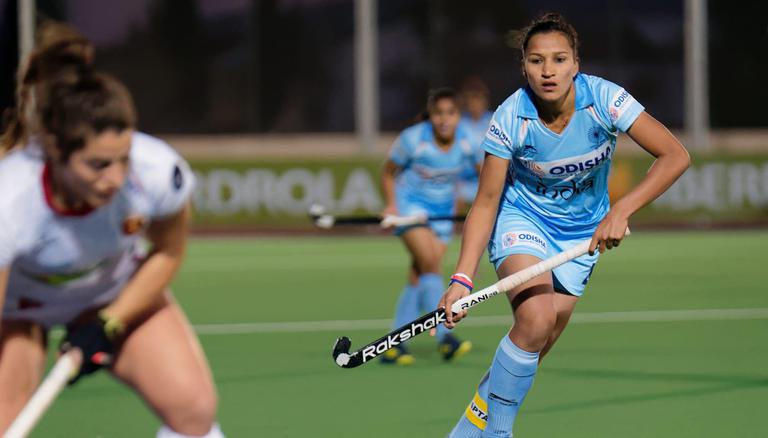 Baldev Singh, a recipient of the Dronacharya Award and hockey coach is said to have trained Rani Rampal at the Shahbad Hockey Academy, where she started her hockey training at the age of nine and Rani Rampal's father believes that all credit is due to Baldev Singh who taught the player the nuances of the game.

"It's a very happy and proud moment for us. Our daughter (Rani) has created history. It all happened because of her coach Baldev Singh. I remember before leaving for Tokyo, she had said to me that she'll return with a medal," Rampal was quoted as saying by ANI.

Rani Rampal's journey in hockey was not easy owing to financial struggles and coach Baldev Singh is said to have been the support system, with the coach said to have bought her kits, jerseys, equipment and even helped her with her dietary requirements.

The Netherlands vs India (Netherlands: 5 India: 1)

To all the #UnstoppableIndians in #TeamIndia's Women's #Hockey team who ✍️ history by making it to the maiden semis in Tokyo - we're proud of you!
#INDvsAUS | #IndianHockey | @TheHockeyIndia | @kukubatra57pic.twitter.com/O4ekVMogPu

The Indian women's hockey team will now face World No. 5, Argentina in the semi-final on Wednesday. Argentina comes into this fixture having defeated Germany 3-0.

All eyes will be on India as they fancy their chances of making it to the finals and bringing home a gold medal and for Rani Rampal, the player will want her name up along the many other achievements, from being the youngest player in the national team during the 2010 World Cup, aged 15 to winning the Arjuna Award and Padma Shri, the player has done it all and an Olympic medal is now a stone's throw away.

Also Read | Who Is India's Women's Hockey Team Coach? Meet Sjoerd Marijne Who Is Leading From The Back