IND Vs NZ, T20 World Cup: What Is India's Record Against New Zealand In ICC Tournaments?

Take a look at India's record against the Kiwis while playing in ICC tournaments, ahead of India vs New Zealand, ICC Men's T20 World Cup 2021 clash on Oct 31. 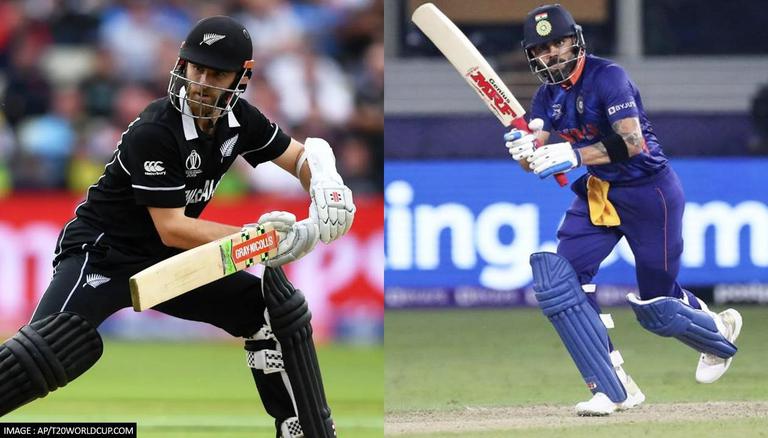 
Indian cricket team will face New Zealand in their second match of the Super-12 stage of ICC Men’s T20 World Cup 2021 on October 31 at the Dubai International Stadium. This is the second time in 2021 that both teams will lock horns in an ICC tournament after the ICC Test Championship final in June.

India and New Zealand last played against each other during the final match of the inaugural edition of the ICC Test Championship earlier this year, where Kane Williamson’s side clinched the match by defeating the Virat Kohli led-unit by eight wickets in Southampton. During the match, India scored 217 runs in their first innings, as New Zealand scored 249 in reply to India. In the second innings, India’s woes with the bat continued as they set a target of only 139 runs for New Zealand. The Kiwis cruised to victory as skipper Williamson notched up his half-century and picked the first ICC trophy for New Zealand.

READ | T20 World Cup 2021: Can West Indies still make it to the semifinals after two defeats?

Both teams faced each other in the semi-final of the ICC Cricket World Cup 2019, where New Zealand defeated Kohli’s side by 18 runs in a rather low-scoring match. India succumbed to the loss following a top-order batting collapse. The match was legendary Indian captain MS Dhoni’s last international match for India as a player. New Zealand reached the final by defeating India, however, lost to Australia in a match full of drama.

During the ICC T20 World Cup 2016 in India, India faced New Zealand in the Super-10 fixture. New Zealand scored 126/7 in the first innings of the match after an economical bowling performance from India. However, the Kiwis went on to win the match after India suffered a batting collapse and got bundled for 79 runs at the loss of 10 wickets.

In the inaugural edition of the T20 World Cup in 2007, New Zealand was the only team who defeated India, in the title-winning campaign. In the Group E match of the tournament, the Kiwis set a target of 190 runs for India. India started their chase strongly but failed 10 runs short of the target at the end of the match.

The last time India won against New Zealand was during the ICC World Cup 2003, 18 years ago. In the match, New Zealand set a below-par target of 147 runs for India. In reply, the Sourav Ganguly-led Indian side earned the victory by chasing down the target at the loss of three wickets.