NZ Vs AFG: Chawla Names One Afghan Player Who Is Crucial For India's Chances At T20 WC

Piyush Chawla named a player from the Afghanistan team, who would be crucial for Team India's chances for a semi-final spot in the T20 World Cup 2021. 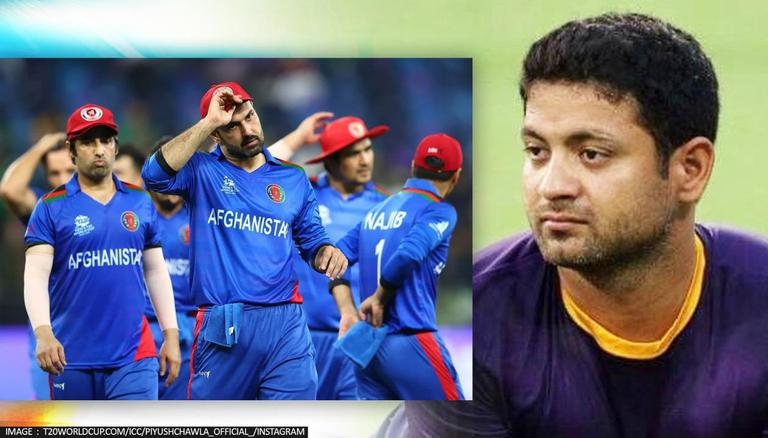 
Veteran Indian wrist spinner Piyush Chawla has expressed his thoughts about a player from the Afghanistan cricket team who will be crucial in the Afghanistan vs New Zealand, ICC Men’s T20 World Cup 2021 match on Sunday. The match scheduled to be played at the Sheikh Zayed Stadium is crucial for India’s semifinal dreams as if New Zealand win the match they will qualify for the semi-finals. However, if Afghanistan win the match and India defeats Namibia in their next clash, India will enter the semi-finals alongside Pakistan from Group-2 of the Super-12 stage of the ongoing tournament.

Meanwhile, Chawla took to his official Koo account on Sunday and posted a message which named an Afghan player who will be crucial for India’s chances of the semifinal spot. In his post on Koo, Chawla said he feels Rashid Khan needs to bowl in the similar way that Adam Zampa, Adil Rashid, and Ish Sodhi have bowled for Australia, England, and New Zealand respectively. The wrist-spinner further added that if Rashid bowls well, his 24 balls of the innings can make way for India in the semi-finals of the ICC Men’s T20 World Cup 2021.

Rashid Khan returned with 4/9 against Scotland

Ahead of the NZ vs AFG match, Rashid Khan is the top wicket-taker of Afghanistan as he has accounted for a total of seven wickets in the tournament so far in four matches. He has bowled at an economy rate of 5.93 in the T20 World Cup with a strike rate of 12.28. So far in the campaign, Rashid has bowled a total of 36 dot balls in four matches while giving away just 85 runs. He is arguably the best wrist spinner currently in international cricket. Rashid’s bowling figures of 4/9 against Scotland on October 25 are the fifth-best bowling figures from a bowler in the tournament.

Meanwhile, India will closely watch the Afghanistan vs New Zealand match and will be hoping for a positive outcome. India face Namibia on November 8 after defeating Scotland by eight wickets on November 5. India is currently placed third in the Group-2 points table of the Super-12 stage between New Zealand and Afghanistan.