Last night, Ravichandran Ashwin played his first T20I match in over four years after being left out from the initial two games of the ongoing T20 World Cup. 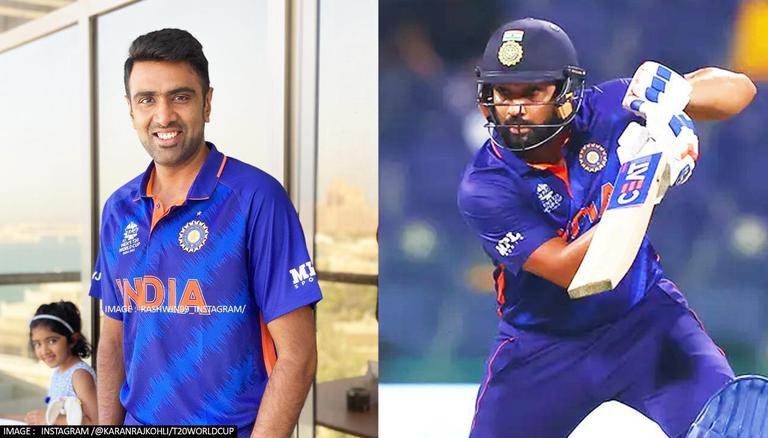 
Indian batter Rohit Sharma on Wednesday revealed the conversation he had with Ravichandran Ashwin when the spinner was not included in the playing XI during the England tour earlier this year. Last night, Ashwin played his first T20I match in over four years after being left out from the initial two games of the ongoing T20 World Cup. The Tamil Nadu-born cricketer bowled 4 overs against Afghanistan and picked 2 wickets for just 14 runs.

After the match, Rohit was asked what did he tell Ashwin following his non-selection throughout the UK series. Rohit said that he and Ashwin never talked about cricket throughout their time in England. The Indian opener said Ashwin is a father of two beautiful daughters and that he himself has got one too, so, they mostly discussed places to visit across the United Kingdom with their families.

"The conversation between me and Ashwin throughout the UK tour was that where we should take our kids. Which park do we take them to? We didn't have any conversation about cricket, to be honest. He has got two beautiful daughters, I have got a daughter as well; so, we're only discussing that which theme park we should be going to during our off time," Rohit said in his post-match press conference.

his press conferences are genuinely the best things ever. pic.twitter.com/IAsIV3AKDd

As far as the match is concerned, India defeated Afghanistan by 66 runs to remain alive in the competition. Batting first, India scored a mammoth total of 210 runs for the loss of just two wickets. Indian openers Rohit Sharma and KL Rahul forged a record-breaking partnership of 140 runs before they were dismissed by Karim Janat and Gulbadin Naib, respectively. While Rohit scored 74 off 47 balls, including 8 boundaries and 3 sixes, Rahul smashed 69 off 48 balls. Rishabh Pant and Hardik Pandya came towards the backend of the innings, hitting 63 runs between them.

In reply, Afghanistan were restricted for 144/7 in 20 overs. Karim Janat and Mohammad Nabi were the only batters who managed to put some runs on the board as they scored 42 and 35 runs, respectively. Rahmanullah Gurbaz and Gulbadin Naib scored 19 and 18 runs, while Hazratullah Zazai hit 13 off 15 balls. Mohammed Shami picked three wickets for India, while Jasprit Bumrah and Ravindra Jadeja picked one each.

WE RECOMMEND
Sunil Gavaskar's bold claim on Rohit Sharma being shifted out of opening spot versus NZ
Virat Kohli reveals why he won't open for India alongside Rohit Sharma in T20 World Cup
T20 World Cup | IND vs AFG: Rohit Sharma spotted bowling to Ravindra Jadeja in nets- WATCH
Rohit Sharma set to succeed Kohli, to be named India's next limited-overs captain: Reports
'Ishan Kishan was the choice': Rathour explains why Rohit Sharma was demoted against NZ
Listen to the latest songs, only on JioSaavn.com