Know all about the net run rate, and how it affects Team India's chances in the ongoing ICC Men's T20 World Cup 2021, as Afghanistan and New Zealand lock horns. 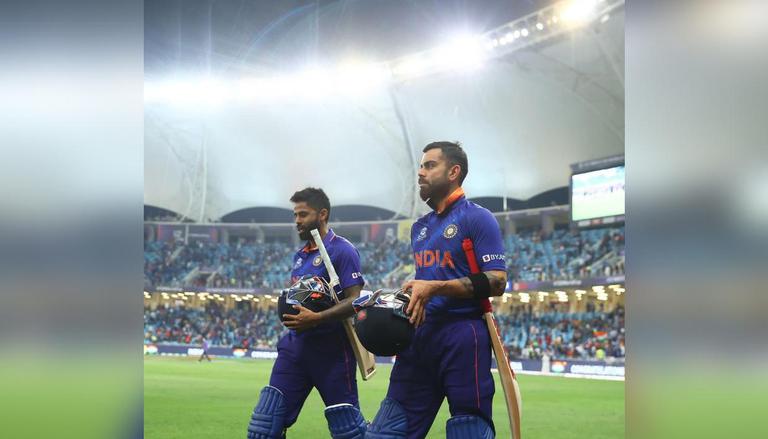 
The Net Run Rate(NRR) plays a huge role for teams during big tournaments such as the ongoing ICC Men’s T20 World Cup 2021. On Saturday, November 6, South Africa defeated England and reached equal points to that of England and Australia’s, however failed to qualify for the semi-finals of the ongoing tournament.

Despite being at equal points, the net run rate played its role for the Proteas as they lacked behind England and Australia. After all the matches of the Group 1 of the Super-12 stage, England finished at the top with an NRR of +2.464, followed by Australia with an NRR of +1.216. Meanwhile, South Africa finished the league stage with an NRR of +0.739.

How is the Net Run Rate calculated in the points table?

A team’s NRR is calculated by deducting the average runs scored per over by the team throughout the tournament, from the average runs scored per over against the team in the tournament. In case if a team gets all out before finishing the twenty overs quota in an innings, the NRR will be calculated based on the full quota of overs rather than on the no. of overs in which the team got all-out. When teams are tied with the same points during the league stage, the net run rate is considered to be the parameter to break the tie. In the ongoing T20 world cup, the no. of wins is the first parameter to break a tie, followed by the net run rate.

Meanwhile, in the Group 2 of the Super-12 stage of the ICC Men’s T20 World Cup 2021, India’s hope of reaching the semifinals depends on the Afghanistan vs New Zealand match, which is scheduled to be played on Sunday. If the Kiwis win the match, they will qualify for the knockout stage. However, if Afghanistan wins the match and India wins against Namibia on Monday, November 8, the net run rate of India and Afghanistan will play a role in determining the second semifinal spot alongside Pakistan. In the points table ahead of the Afghanistan vs New Zealand match, New Zealand are currently placed second with six points and an NRR of +1.277, whereas India are third with an NRR of +1.619 and four points to the name. Meanwhile, Afghanistan closely follows India with four points and an NRR of +1.481.