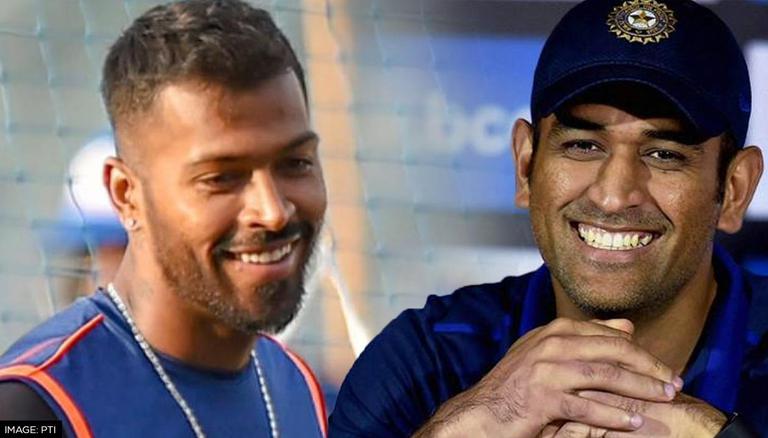 
Star all-rounder Hardik Pandya has been declared fit for Team India's second ICC T20 World Cup 2021 clash against New Zealand at Dubai International Stadium on Sunday. Hardik Pandya had injured his shoulder during the Indian team's T20 World Cup campaign opener against arch-rivals Pakistan last weekend as a result of which he could not come out to the field in the second innings. Hardik's Mumbai Indians teammate Ishan Kishan came in as the substitute fielder.

Ind vs NZ: Hardik Pandya hugs MS Dhoni after bowling in the nets

While it remains to be seen whether the younger Pandya will be available for selection for India's next game against the Kiwis or not, lately, he decided to roll his arms over in the nets after which he hugged the Team India mentor, MS Dhoni, in happiness.

It can be assumed that Mahi could have been a motivational factor to not only sweat it out in the nets but also in getting some much-needed bowling practice. Meanwhile, the netizens have also come forward after having gone through such an amazing gesture on social media and here's how they reacted.

READ | T20 World Cup: What happened to Hardik Pandya? Will he play India's next match against NZ?

Hardik Pandya bowled around 15 minutes in the nets and practised some big shots under the supervision of Ms dhoni #TeamIndia #BCCI #T20WorldCup #HardikPandya pic.twitter.com/UDIgHMHBAI

After Hardik Pandya ended up injuring his shoulder while batting in the first innings against Pakistan, the middle-order batter was taken for precautionary scans to check whether he had suffered any serious injury. Luckily, nothing untoward has happened and he is fit to take part in the tournament. But the question is will he feature in the Playing XI for India vs New Zealand clash next weekend?

Hardik Pandya could only manage to score 11 runs off eight deliveries which included two boundaries. He was dismissed by pacer Haris Rauf in the final over as India were restricted to 151/7 from their 20 overs riding on a vital 57 from skipper Virat Kohli. In reply Pak captain Babar Azam (68*) and wicket-keeper batsman Mohammad Rizwan (79*) helped the Men In Green in overhauling this target with more than two overs to spare.

After going down to Pakistan in a one-sided contest, Virat Kohli & Co. will now lock horns with the Kane Williamson-led New Zealand in Dubai next Sunday. It is a must-win match for India to keep their chances of sealing a semis berth alive. Meanwhile, the inaugural edition's winners also have a lot of work to do as far as their Net Run Rate is concerned. After their bitter loss to Babar Azam & Co., India's NRR has gone down to -0.973, and therefore, they would be hoping to make amends when they face the BlackCaps next weekend.