The 23rd match of the ongoing ICC T20 World Cup will see West Indies lock horns against Bangladesh at Sharjah Cricket Stadium in the UAE. Read on. 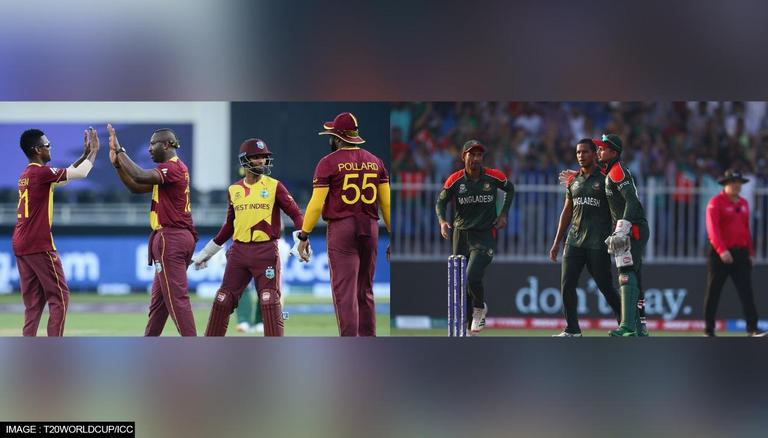 
The 23rd match of the ongoing ICC T20 World Cup will see West Indies lock horns against Bangladesh at Sharjah Cricket Stadium in the UAE. The match is scheduled to begin at 3:30 pm IST. Both sides will come into the game on the back of two consecutive losses in the Super 12 stage. Another loss for either team will mean an early end to their T20 World Cup campaign.

While Bangladesh are placed at number five position in the Group 1 points table, West Indies are lurking at the bottom of the same pool. Read more to know about West Indies vs Bangladesh match.

West Indies vs Bangladesh: How to watch T20 World Cup in India?

All the matches of the ongoing ICC T20 World Cup are being live broadcast in India on Star Sports Network, which has the rights to telecast the tournament not just in the country but, also in nearby regions, including Nepal, Bhutan, Maldives, and Afghanistan. Star is the official media partner of the International Cricket Council (ICC). Meanwhile, online audiences in India will be able to access the live streaming of the T20 World Cup matches on Disney+ Hotstar.

READ | India vs NZ, T20 WC: What is Hardik Pandya's record as a bowler in T20 Internationals?

West Indies vs Bangladesh: How to watch T20 World Cup in UAE?

Cricket enthusiasts in the United Arab Emirates (UAE) can watch the ICC T20 World Cup matches live on Orbit Showtime Network (OSN). People in the UAE can also live stream all the World Cup games on www.OSN.com/play and www.wavo.com. The 3:00 pm matches will start at 2:00 pm UAE time, while the 7:30 pm match will start at 6:00 pm UAE time.

West Indies vs Bangladesh: How to watch T20 World Cup in UK?

The ICC T20 World Cup matches are being broadcast live across the United Kingdom on Sky Sports Network, which has purchased the rights to telecast the marquee event across the region. The matches will also be live-streamed for online audiences in the UK on the video-streaming platform NOW, a subsidiary of Sky Group. The 3:30 pm IST matches will start at 11:00 am in the UK. The 7:30 pm matches will begin at 3:00 pm in the UK.