Rajasthan Royals' Ravichandran Ashwin during IPL 2022 match on Sunday made history by becoming the first cricketer in IPL history to be given a retired out. 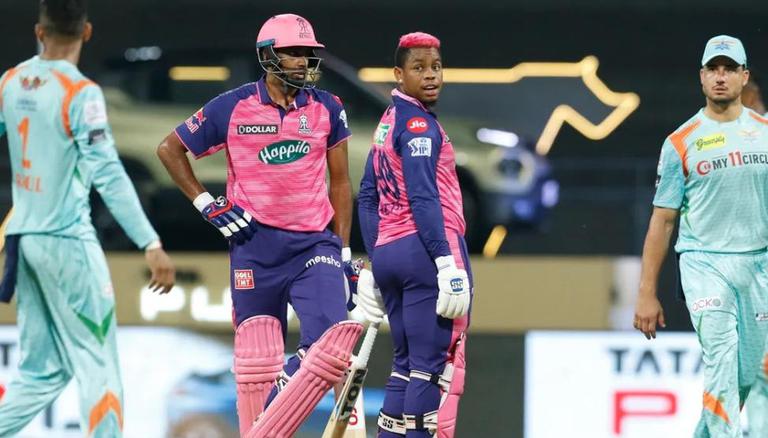 
The Rajasthan Royals versus Lucknow Super Giants match on Sunday was a thrilling contest with the Royals managing to defend the score on board and win the match by 3 runs.

Besides the nail-biting contest, the match also witnessed Royals spinner Ravichandran Ashwin surprising everyone with a brave decision during RR innings.

IPL 2022: Ravichandran Ashwin retired out during RR vs LSG match

Ravichandran Ashwin created history on Sunday by becoming the first cricketer in IPL history to be given retired out. The incident happened during the 19th over of the Rajasthan Royals' innings. Ashwin walked off the field and it was declared that the all-rounder was ‘retired out’ allowing Riyan Parag to come in and join Shimron Hetmyer at the wicket.

Overall, Ravichandran Ashwin is the fourth batsman to be dismissed in this manner in the T20s with Pakistan’s Shahid Afridi, Bhutan’s Sonam Tobgay, and Bangladesh’s Sunzamul Islam being the other three cricketers.

According to the International Cricket Council (ICC) rules, a batsman can be ‘retired out’ during a dead ball situation after informing the on-field umpires. As per ICC law "A batter may retire at any time during his/her innings when the ball is dead. The umpires, before allowing play to proceed, shall be informed of the reason for a batter retiring,".

Batting first, Rajasthan Royals managed to put up 165 runs on the board after losing six wickets. For RR, Shimron Hetmyer (56 off 36 balls) was the top scorer for the team. Opener Devdutt Padikkal scored 28 runs, while R Ashwin retired out for 28 runs. For LSG Krishnappa Gowtham and Jason Holder picked up 2 wickets each.

READ | R Ashwin names 2 Indian batters as players he loves getting out; 'I enjoy the contest'

Chasing 166 runs to win, LSG was jolted by two quick wickets in the opening over. Royals pacer Trent Bould started off magnificently dismissing Lucknow Super Giants skipper KL Rahul and Krishnappa Gowtham for ducks. Jason Holder was the next batsman to depart early as LSG were in trouble at 14-3. Quinton De Kock and Deepak Hooda did and stitch a partnership before Hooda was dismissed for 25 runs of 24 balls. De Kock also perished for 39 runs dismissed by Yuzvendra Chahal. Marcus Stoinis playing his first match for LSG did try and lead the fightback with an unbeaten 38 off 17 balls, however, the team still ended up short of the target by three runs.