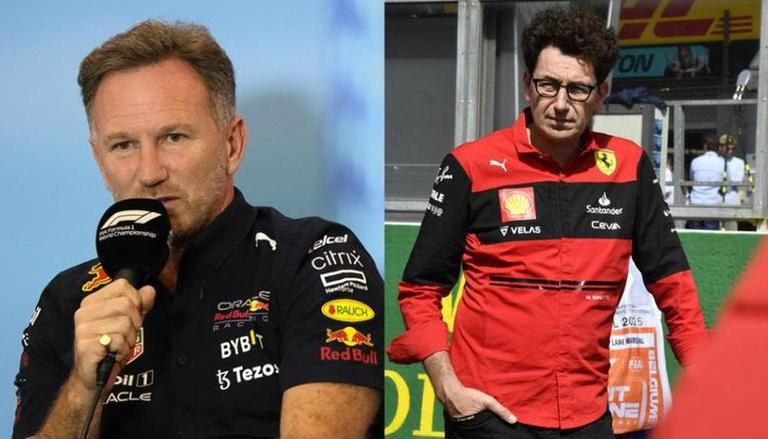 
The Ferrari F1 team announced last week that Mattia Binotto will conclude his tenure as the team principal of the car manufacturer at the end of 2022. It was understood that Ferrari’s failure to put up a proper championship fight to stop Max Verstappen from picking up his second straight drivers’ title led to Binotto’s resignation from the team. Ferrari is yet to announce who will replace Binotto at the  Marinello-based team, there were several notable names that were linked to the top-job role.

As reported by Sky Sports F1, Red Boss team principal Christian Horner was also one of the candidates to be linked with the Ferrari job, the Red Bull boss revealed his thoughts on the same during his appearance at the Auto Sports Awards 2022. While Horner revealed he was not surprised after knowing Ferrari’s decision to part ways with Binotto, he added that his counterpart was the six-team principal for Ferrari, since he first took charge of the Austrian race team.

Meanwhile, on being asked about the Ferrari managerial role by Sky Sports, Horner admitted that his commitment remains at Red Bull for now. “My commitment is very much with the Red Bull team. I've been there since the beginning and we obviously have a very close attachment,” Horner said.

Formula 1: What led to Mattia Binotto's exit from Ferrari?

With a fresh set of regulations in place Ferrari was off to a great start in 2022 but gradually lost way in their pursuit of a first championship win in 15 years. The team was hugely affected by poor strategic calls at a no. of races, which saw their star driver Charles Leclerc finishing second to Red Bull’s Max Verstappen in the drivers’ championship. Both drivers were separated by 146 points, which accurately shows Ferrari’s struggles this year.

Meanwhile, after submitting his resignation to Ferrari, Binotto said, “With the regret that this entails, I have decided to conclude my collaboration with Ferrari. I am leaving a company that I love, which I have been part of for 28 years, with the serenity that comes from the conviction that I have made every effort to achieve the objectives set.”  Binotto joined the Italian constructor in 1995 as an engineer and gradually went on to become the team principal in 2019.