Floyd Mayweather Jr. has sparked a massive controversy after he refused a request for a selfie with a teenage boy because his nails were painted. 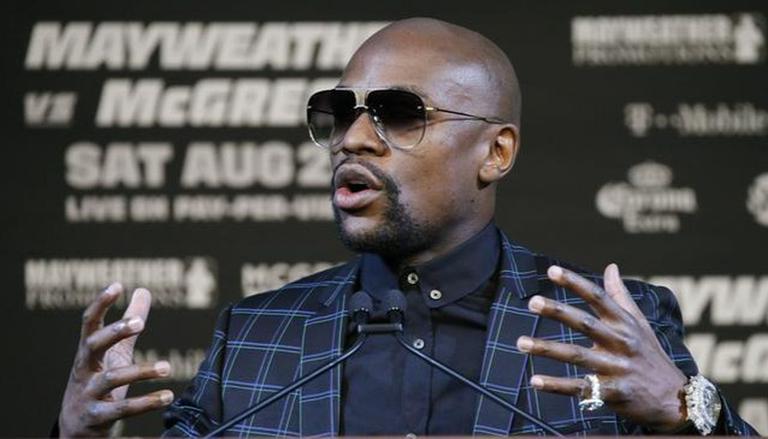 
Former boxing world champion Floyd Mayweather Jr. has sparked a massive controversy after he refused a request for a selfie with a teenage boy because his nails were painted. The incident occurred at an NBA game between Los Angeles Clippers and Memphis Grizzlies on Friday, 23 October. In the footage that went viral on various social media platforms, Mayweather can be seen brushing off the fan, saying, "You've got painted nails. I don't take photographs with guys who have painted nails."

"Floyd is an outspoken homophobe. You guys were the first to notice it. Floyd refuses to take a picture with me because I have painted nails. Really, bro?" the fan says in the same video after Mayweather turns down his request for a selfie.

TMZ Sports approached Mayweather's representative for a comment on the incident. The representative reportedly denied allegations of homophobia against Mayweather and defended the legendary boxer's action saying he refused to take the selfie with the individual because he was in a hurry to leave the arena after watching the NBA game. However, TMZ was informed by witnesses that Mayweather was happily taking pictures with other fans around the same time when he refused the selfie request of the concerned individual.

This is not the first time Mayweather has found himself embroiled in a controversy linked to the LGBTQ community. In 2017, the 44-year-old made the headlines for using a homophobic slur against his then boxing opponent Connor McGregor. Mayweather had yelled the homophobic slur at McGregor during a promotional event ahead of their boxing clash. As his comments garnered attention, Mayweather was forced to issue an apology.

Mayweather is considered one of the best professional boxers of all time. While he retired in August 2017, Mayweather has remained an influential figure for many fans, who still follow him rigorously. Mayweather first shot to fame in 1996 after he won a bronze medal for the United States at Atlanta Olympic Games. Mayweather's professional boxing record is incredible as he has never lost a game in the 50 matches that he has played in his career. In those 50 wins, 27 were achieved by knockout.