'Granted Free Visa And They Did This': Anurag Thakur Pans Pakistan For Chess Olympiad Snub

Thakur believed that Indians were betrayed as the Pakistani players were also handed a free visa. 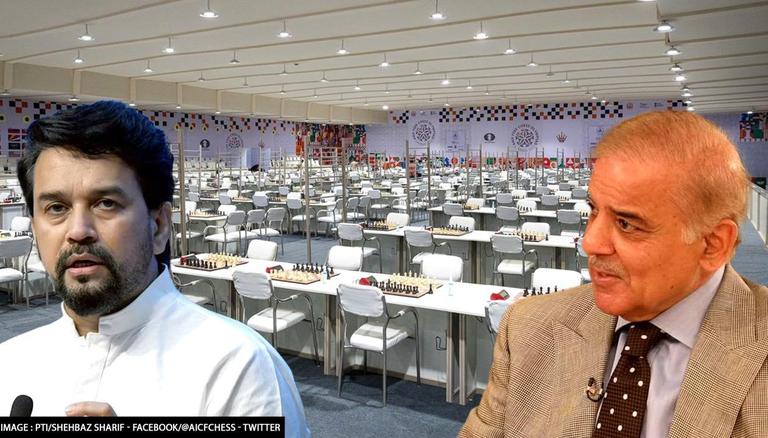 
Indian Sports Minister Anurag Thakur has slammed Pakistan for forcing their participants to withdraw from the historic 44th Chess Olympiad despite arriving in Chennai for the same. Thakur believed that Indians were betrayed as the Pakistani players were also handed a free visa.

Speaking to ANI, Anurag Thakur said, "This is so heartbreaking that a team withdrew its name just at the start of the event. We grant them a free visa and they did this to us. If it would be Cricket World Cup or Hockey World Cup then will Pakistan do the same? They have to drop 'Bhag lo Neeti' and have to accept 'Bhag lo Neeti (Take participation).'

After Pakistan stated that they were withdrawing from the 44th Chess Olympiad because the torch passed through Jammu & Kashmir, the Indian government slammed them for politicising a historic sports event.

India's Ministry of External Affairs spokesperson Arindam Bagchi said, "It is surprising that Pakistan has suddenly taken the decision of not participating in the FIDE Chess Olympiad, particularly after the team has already reached India. It is highly unfortunate that Pakistan has politicised the prestigious international event by making such statements and withdrawing its participation."

Bagchi ended his statement by making it clear that the Union Territories of Jammu and Kashmir, and Ladakh "have been, are and will remain an integral part of India".

His response came after Pakistan's foreign office issued a statement that read, "Pakistan condemns India’s mischievous attempt to mix politics with sports. As a protest, Pakistan has decided not to participate in the 44th Chess Olympiad and will also raise the matter with the International Chess Federation at the highest level."

Pakistan is not the only team not competing at the 44th Chess Olympiad, as powerhouses China and Russia are also set to miss the historic event in Chennai. Since the number of participants at the event is odd, India as the hosts have been given permission to field three teams each in the Open and Women's categories.

The Chess Olympiad kicked off on July 28 after a grand opening ceremony in Chennai.