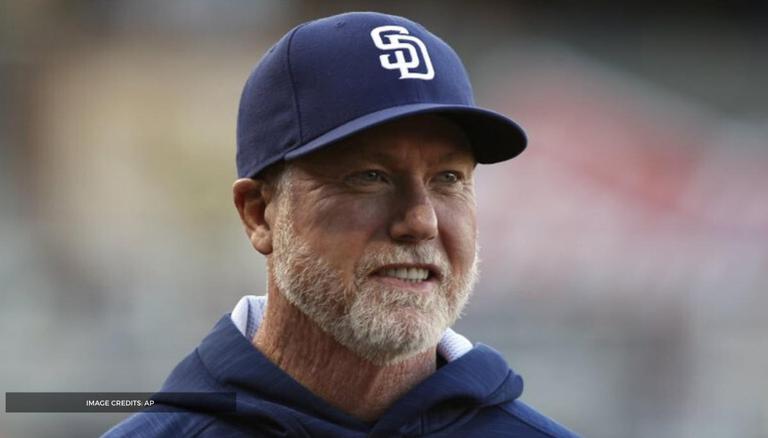 Thanks to the release of ESPN's 30 for 30 documentary, Long Gone Summer, fans are once again speculating the illustrious yet maligned careers of Mark McGwire and Sammy Sosa. Both men were at the top of the world after shattering the record for home runs in a single season in 1988. Mark McGwire hit a league-high 70 in 1998 and Sammy Sosa fell just four short at 66. While McGwire's National League record was broken by Barry Bonds in 2001, the scandal that followed haunted the former St. Louis Cardinals star for the rest of his career. Here's a look at Mark McGwire net worth, his infamous steroid scandal and his post-scandal career.

According to Celebrity Net Worth, the Mark McGwire net worth stands at $60 million. He started his career with the Oakland Athletics before reaching the pinnacle of MLB with the Cardinals. During his heyday, McGwire endorses brands like Walt Disney Co. and Rawlings Sporting Goods and made a reported $1 million every year from endorsements.

McGwire's career earnings is estimated to be more than $74 million. He drew his highest paycheck as an MLB player in his final season, taking home a reported $11 million in 2001/02.

The Mark McGwire steroids scandal had been brewing ever since he hit the milestone in the 1998 season. In 2003, the former Cardinals slugger was named in a list containing several MLB players who were alleged to have used Performance Enhancing Drugs (PEDs). Sammy Sosa was also named in those allegations.

In 2005, McGwire and Sosa were among 11 MLB players and executives who appeared in front of the Congress regarding the steroids allegations. While McGwire tip-toed past the scandal in the early 2000s, the allegations meant his name was generally kept distant from the Cardinals and MLB. In 2010, McGwire finally admitted to using PEDs during his playing career and regretted his actions.

After hitting 70 home runs in 1998, McGwire followed it up with a 65-home run season in 1999. His numbers dipped drastically the following season before he ultimately retired after the 2001 season. McGwire finished his career with 583 home runs, a World Series title and 5 MLB home run leader awards. After he admitted to using steroids, McGwire mended his relationship with the Cardinals and returned to the franchise as their coach in 2010. He led them to a World Series title in 2011. The 12-time All-Star also managed Los Angeles Dodgers and San Diego Padres.