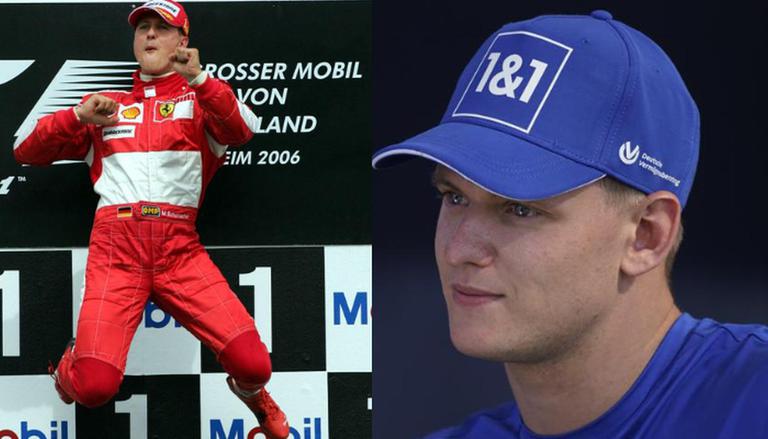 
Mick Schumacher recently changed his profile picture on Instagram, using a picture of his childhood where he is in the arms of his father, the legendary Michael Schumacher. The fact that the 23-year-old F1 prodigy changed the profile pic, days before the anniversary of Michael’s skiing accident has raised concerns about his health among sports fans. Schumacher suffered severe brain injuries due to his skiing accident in the French Alps in 2013 and was in a medically induced coma till June 2014.

Meanwhile, Schumacher is being taken care of by his family in Switzerland and very little information about his health is in the public domain. Although the fans and media always have surging interest in the seven-time World Champion, his wife Carolina prefers to treat him privately in the journey to recover from the accident. While the picture of Michael holding Mick looks adorable, it has got his fans worried about it.

"Lovely picture of the two together - I don't know why it makes me anxious though, almost like a bad news feeling," a fan wrote on Reddit. However, there were other fans who called it a lovely picture. It is pertinent to mention that Mick Schumacher lost his drive for the F1 2023 season and has been signed as a reserve driver for Mercedes.

Mick Schumacher made his debut in Formula 1 in the 2021 season with Haas and spent two full seasons with the American team. While Haas’ suffered with a dismal season in 2021, he found it hard to score points in 2022. Haas decided to continue with Kevin Magnussen for 2023 and roped in Nico Hulkenberg as the replacement for Schumacher.

Michael Schumacher drove his last F1 season for Mercedes in 2012