Patrick Mahomes injury update: Chiefs superstar is set for surgery on his injured toe, likely to miss most of the offseason in rehabilitation. 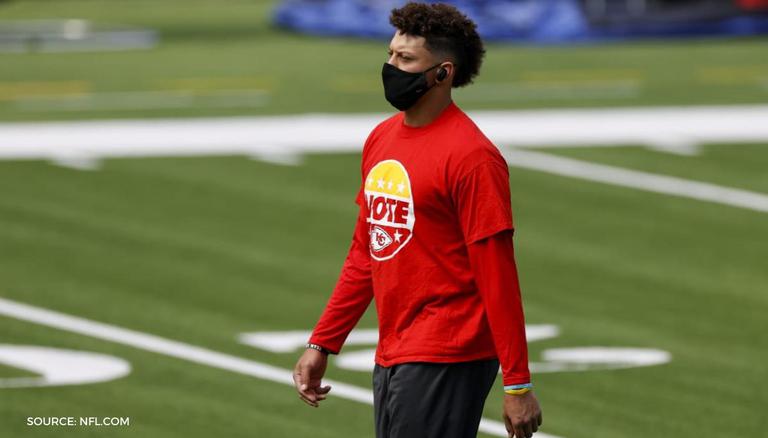 Kansas City Chiefs superstar Patrick Mahomes had been battling with a turf toe for the latter part of the season, which also limited his impact during the Super Bowl LV. The defending champions failed to turn up at the Raymond James Stadium, slipping to a 31-9 defeat against Tom Brady and the Tampa Bay Buccaneers. With the Super Bowl now done, the 25-year-old is set to undergo surgery to regain full fitness ahead of the new season. Here's the Patrick Mahomes injury update.

According to a report by ESPN, Patrick Mahomes is scheduled to undergo surgery on his turf toe on Wednesday after the season got done and dusted on Sunday. The injury bothered the Kansas City Chiefs quarterback late in the season and throughout the NFL playoffs. As a result of the surgery, the 25-year-old is expected to miss most of the offseason work with the team but will be on full-go during the training camp. The rehabilitation process is expected to last "several months" per NFL Network's Ian Rapoport, but Mahomes should make a full recovery and be ready to play ahead of the 2021 regular season.

Mahomes endured one of his worst statistical games during the Super Bowl LV against the Tampa Bay Bucs, passing 26-of-49 for 270 yards, with zero touchdowns, two interceptions and a passer rating of 52.3. The game marked the first time that the 25-year-old had suffered a double-digit defeat in his career, and the Chiefs failed to score a touchdown for the first time since Mahomes became a starter in 2018. While the 2020 Super Bowl MVP was battling with an injured toe, he brushed off claims that it was the injury that limited his performance. Mahomes said that he played well with the turf toe in the AFC Championship Game victory over the Buffalo Bills and it wasn't much of a factor during their defeat to the Bucs.

While Patrick Mahomes failed to make his mark on the big game, Tom Brady excelled helping the Bucs end their Super Bowl drought. Brady completed 21 of 29 passes for 201 yards and three touchdowns, winning his seventh Super Bowl title. Brady also became the oldest to win the Super Bowl MVP, his fifth overall, again breaking his record of 40, achieved three seasons earlier. The 43-year-old also became the second quarterback after Peyton Manning to win the Super Bowl with two different franchises, with the latter having won with the Indianapolis Colts and the Denver Broncos.