UFC president Dana White made headlines last week after a viral video on social media showed the UFC boss involved in a physical altercation with his wife. 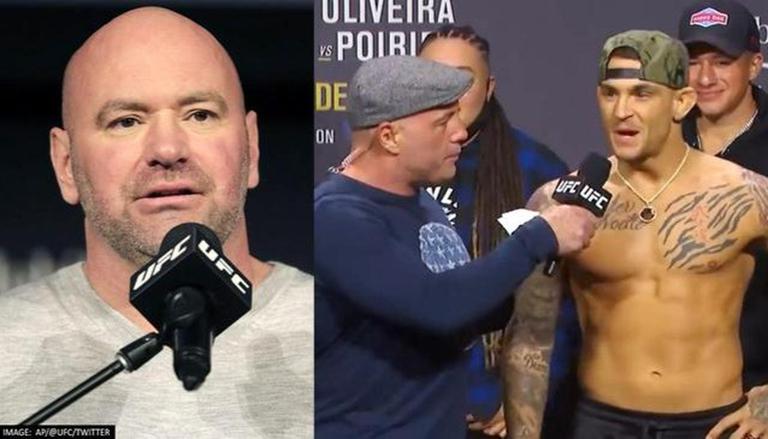 
UFC president Dana White made headlines last week after a viral video on social media showed the UFC boss involved in a physical altercation with his wife at a club. In the video, White was seen saying something to his wife and getting slapped by her in the face. The UFC president then lands a slap back on his wife’s face in reflex, before both were separated by others.

While Dana has issued a public apology for the incident that occurred on New Year’s eve, UFC superstar Dustin Poirier has now shed his thoughts on the physical altercation. It is understood that Dana and his wife were at a New Year’s party in Cabo, Mexico when the incident occurred. Meanwhile, Poirier revealed his thoughts on the domestic violence situation during a recent interview with Bloody Elbow.

“I’m not sure. I have no clue. You should never put your hands on a woman. I don’t know the repercussions that come along with somebody of his stature, running these businesses and doing something like that. I have no clue. It’s not a good look for sure,” the UFC lightweight superstar said.

Going ahead in the interview, Dustin was questioned if the UFC boss should be suspended for slapping his wife. It is pertinent to mention that ever since the video emerged, there has been an outpouring request for his resignation or a substantial punishment. Giving his take on whether Dana should be sanctioned, Dustin said, “I don’t know what should happen. I don’t know what should happen.”

In the meantime, speaking to TMZ on January 2, Dana White issued a public apology and said, “You've heard me say over the years, 'There is never, ever an excuse for a guy to put his hands on a woman,' and now here I am on TMZ talking about it. My wife and I have been married for almost 30 years. We've known each other since we were 12 years old. We've obviously been through some s--- together. We've got three kids”.