What Happened To Michael Strahan On Good Morning America?

What happened to Michael Strahan on GMA? American TV show host has been missing from the chat show since the start of September due to his father's death. 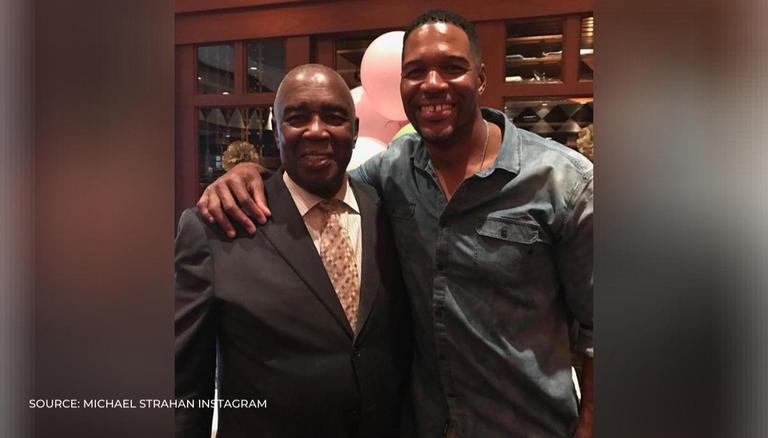 Throughout the month of September, netizens have wondered what happened to Michael Strahan on GMA after the TV show host went missing from the popular chat show. While some believed Michael Strahan was axed from the show, others felt that the NFL great might have tested positive for coronavirus and is in quarantine. However, on Wednesday, New York Giants legend and Good Morning America host Michael Strahan took to Instagram to reveal the heartbreaking news of his father, Gene, passing away. In a heartfelt post, Straham revealed that his father's death took place over a week ago but explained that he's still finding it hard to grasp that his 'hero' is no longer with him.

Since the start of September, a number of GMA viewers were left puzzled over the absence of Michael Strahan on the show. The 'Good Morning America' host is widely regarded as one of the most popular hosts on American television so it was not strange that his sudden disappearance caused concern for viewers. It left a large number of viewers wondering what happened to Michael Strahan on GMA.

ALSO READ: Texans-Chiefs Set To Kick Off NFL Season Unlike Any Other

However, on Friday, Straham's Good Morning America co-hosts broke the news of the 48-year old's father, Gene Strahan, passing away on August 31. Michael Strahan hasn't been part of the show since his father's death and posted a heartfelt message for his 'hero' only yesterday. Michael Strahan's father, Gene, was 83 years old at the time of his death and the Super Bowl champion has explained to his 1.3 million followers that it has been a difficult time for him over the past 10 days. Michael has been spending time with his family since the passing of his father.

Fans on social media poured in their tributes for Gene Strahan but with the death of his father, some fans also asked about the death of Michael Strahan's sister, Debra Strahan, who passed away in March last year. Debra was 10 years older than Michael and was 58 at the time of her death. However, the cause of Debra's death last year was not released to the public. Micheal came from a big family himself as his parents had six children. Michael also has four kids of his own.