Who is Linda Hogan? Hulk Hogan's ex-wife was very much in the spotlight this week after she posted a controversial tweet in light of the protests. 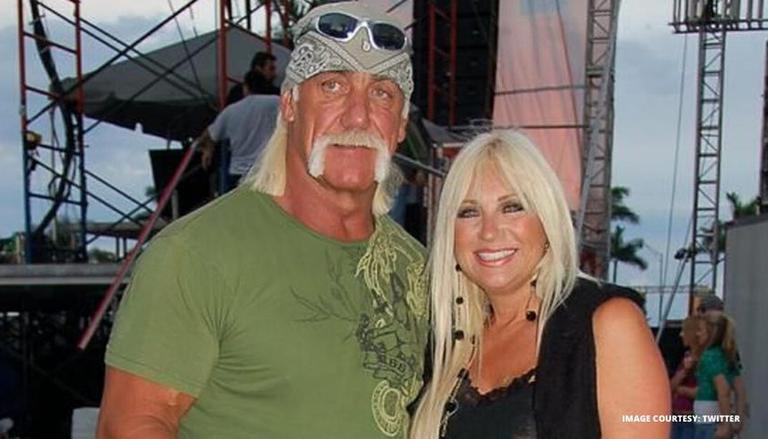 Hulk Hogan’s ex-wife Linda Hogan recently posted a controversial tweet where she criticised African-Americans for protesting against the death of 46-year-old George Floyd. After being slammed by fans, wrestlers and celebrities, Linda Hogan deleted the tweet. However, many fans took a screenshot of the since-deleted post which revealed what Linda Hogan had written. “Watching the looting, it’s all afro Americans, not sure how robbing and stealing set the record straight but if they want to be heard they need to be civilized,” Linda Hogan had tweeted.

After Linda Hogan’s tweet went viral, AEW president Tony Khan banned her from appearing at future AEW events. “You’ve now joined your husband in being banned from all AEW shows. Congratulations,” Tony Khan replied. Wrestler Prince Nana called her remark “sickening” on Twitter while fellow wrestler and commentator AJ Kirsch wrote, “Linda Hogan, you should just go ahead and delete your entire Twitter account, not just that one tweet. You know the one.” Linda Hogan is yet to reveal why she posted the controversial tweet. 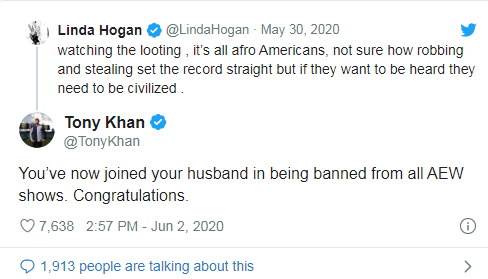 Who is Linda Hogan?

Linda Hogan is a TV personality and the ex-wife of WWE Hall of Famer Hulk Hogan. Linda reportedly met Hulk Hogan through a mutual friend at a restaurant in the 1980s. The two soon started going out and later made their relationship public. For nearly two years, the couple had a long-distance relationship mostly over the telephone. After that, the couple moved in together and the two got engaged. Many WWE legends like Andre the Giant and Vince McMahon attended Linda and Hulk Hogan’s wedding which took place in 1983.

After five years, Linda and Hogan were blessed with a daughter, Brooke Hogan. Two years later, they had a son named Nick. Linda Hogan entered the spotlight in 2005, due to the VH1 reality show ‘Hogan Knows Best’. After being together for more than two decades, Linda Hogan filed for divorce in November 2007. The divorce was finalised in July 2009. After that, Linda Hogan started working as a producer on several shows. There has also been speculation that she was working with wrestling companies like AEW and TNA.