Where Is Peng Shuai? A Timeline Of Events On Chinese Tennis Star's Strange Disappearance

Peng Shuai's mysterious disappearance has taken the world by storm as several people from fellow professionals to celebrities have voiced their concerns. 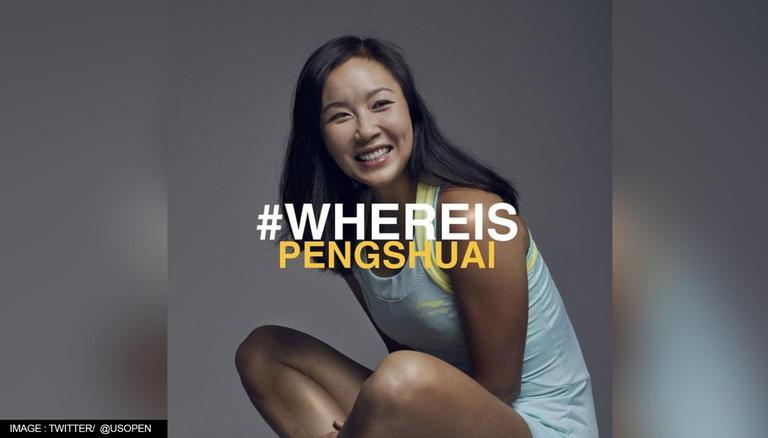 
China tennis star Peng Shuai's mysterious disappearance has taken the world by storm as several people from fellow professionals to celebrities to the tennis association have voiced their concern regarding the issue. The 35-year old has made headlines ever since she had alleged Zhang Gaoli, who is the former Senior Vice Premier of the People's Republic of China, of sexual harassment.

Here is a complete timeline of Peng Shuai's disappearance from the day she had made the allegations against Gaoli.

Peng Shuai, who is one of China's most popular athletes, accused former Vice Premier Zhang Gaoli of sexually assaulting her, as per a screenshot of a social media post that's now deleted. Since then, Chinese sensors have removed the accusations online and also blocked Peng's Weibo account.

In the deleted post, Peng had written, "That afternoon I did not agree at first and was crying all the time. Why did you have to come back to me, take me to your home to force me to have sex with you? I couldn't describe how disgusted I was, and how many times I asked myself am I still a human? I feel like a walking corpse. Every day I was acting, which person is the real me?"

Ever since the shocking allegations were made, Peng has not been seen in public and her whereabouts have not been disclosed in the public domain. However, a Chinese state-run media outlet did release a video of the 35-year old dining at a restaurant in Beijing.

In response to the videos, WTA Chief Executive Steve Simon issued a statement,

"I am glad to see the videos released by China state-run media that appear to show Peng Shuai at a restaurant in Beijing.  While it is positive to see her, it remains unclear if she is free and able to make decisions and take actions on her own, without coercion or external interference.

This video alone is insufficient.  As I have stated from the beginning, I remain concerned about Peng Shuai’s health and safety and that the allegation of sexual assault is being censored and swept under the rug.  I have been clear about what needs to happen and our relationship with China is at a crossroads."

While speaking to reporters, Djokovic said, "I did hear about it a week ago. Honestly, it's shocking that she is missing, more so that it's someone that I have seen on the tour in the previous years quite a few times. It's not much more to say than hope that she will be found, and she is ok. It's terrible... I can imagine just how her family feels that she is missing."

Meanwhile, Osaka said, "Censorship is never ok at any cost, I hope Peng Shuai and her family are safe and ok. I'm in shock of the current situation and I'm sending love and light her way."

After Djokovic and Osaka, several other tennis stars have also questioned the Chinese media for remaining silent on the issue.

The Chinese Human Rights Defenders (CHRD), a US-based human rights group, has also raised questions on the authenticity of Chinese media reports. With concerns around the globe rising, WTA chairman Steve Simon also told CNN that the tennis association might stop holding tournaments in China if a detailed investigation is not carried out.

However, the Chinese Foreign Ministry continues to maintain its silence on Shuai Peng's disappearance. Their spokesperson Zhao Lijian told the reporters on November 20 that her disappearance was 'not a diplomatic question' and that he was not aware of the situation.

Meanwhile, according to AP, the Chinese Foreign Ministry has repeatedly denied knowledge of the issue since the accusation was made about three weeks ago.

I am devastated and shocked to hear about the news of my peer, Peng Shuai. I hope she is safe and found as soon as possible. This must be investigated and we must not stay silent. Sending love to her and her family during this incredibly difficult time. #whereispengshuai pic.twitter.com/GZG3zLTSC6

With China remaining quiet on the issue, her disappearance has become a political issue. US president Joe Biden also expressed grave concerns over Shuai's disappearance, with his press secretary Jen Psaki then addressing reporters soon after.

"We join in the calls for PRC authorities to provide independent and verifiable proof of her whereabouts and that she is safe. First, any report of sexual assault should be investigated, and we support a woman's ability to speak out and seek accountability, whether here or around the world. Second, we'll continue to stand up for the freedom of speech.  And we know the PRC has zero tolerance for criticism and a record of silencing those that speak out, and we continue to condemn those practices," said Psaki.

Soon after, the Editor-in-chief of Chinese state media Global Times released a video, where Peng was seen having dinner with a group of people. The stooge claims that the 35-year-old's video was shot on November 20 as per the Beijing time zone.

I acquired two video clips, which show Peng Shuai was having dinner with her coach and friends in a restaurant. The video content clearly shows they are shot on Saturday Beijing time. pic.twitter.com/HxuwB5TfBk

Due to the increasing concern surrounding Peng Shuai's disappearance, IOC President Thomas Bach held a video call with Peng Shuai to inquire about her health. As per the IOC statement released after, the 35-year-old Chinese star is 'safe and well.'

"I was relieved to see that Peng Shuai was doing fine, which was our main concern. She appeared to be relaxed. I offered her our support and to stay in touch at any time of her convenience, which she obviously appreciated," said the Chair of the Athletes' Commission, Emma Terho.

The latest development regarding this is that China has refused to call Peng Shuai's mysterious disappearance a political matter despite the allegations against their former Vice Premier Zhang Gaoli.

Instead, China's Foreign Ministry spokesperson on Tuesday told a press briefing, "This is not a diplomatic matter. I believe everyone will have seen she has recently attended some public activities and also held a video call with IOC President Bach. I hope certain people will cease malicious hyping, let alone politicisation."

Because of the mysterious disappearance of Peng Shuai, the distrust in China and their state media will undoubtedly increase, as countries and their political leaders push for an unbiased detailed investigation into the matter.