Facebook has officially responded to Netflix's 'Social Dilemma' documentary which has sparked a major conversation around the privacy concerns on social media. 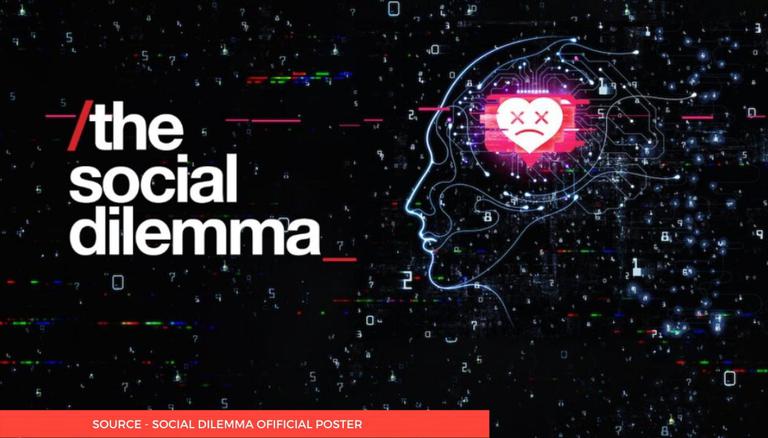 Ironically, many concerns were raised on social media by netizens after the debut of Netflix's 90-minute documentary Social Dilemma about the use of social media platforms like Instagram and Facebook. The documentary painted somewhat a dire picture encompassing the downsides of major corporations having easy access to the personal data of millions of users around the world.

The documentary had garnered major attention from Netflix viewers which sparked a conversation around how social media has its harmful ways to manipulate its users. However, surprisingly Facebook has come forward and given an official response to the claims made in the Social Dilemma documentary through a blog post. Check out excerpts of it below: 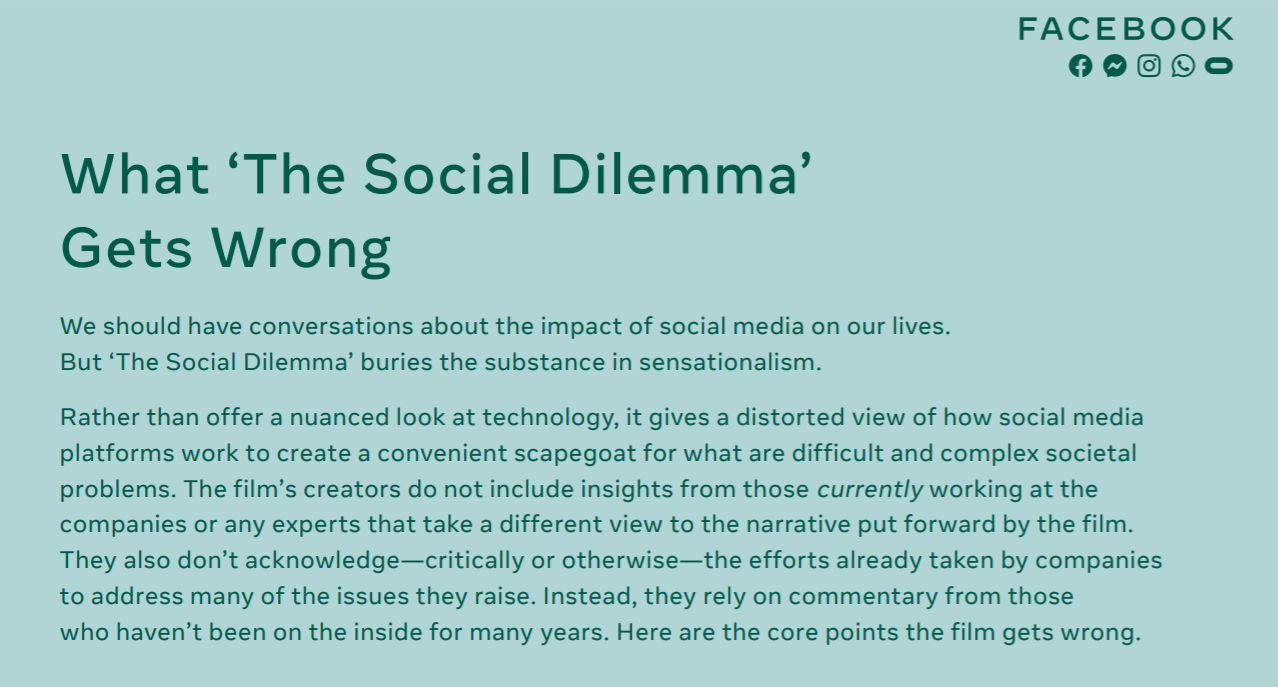 Social media has always been under controversy over privacy concerns and issues surrounding the handling of users' data. The Social Dilemma documentary only fueled the fire more which resulted in Facebook sending out an official response to the documentary. The blog post covered seven points namely - addiction, you are not the product, algorithms, data, polarization, elections, and misinformation.

Also read: 'The Social Dilemma' review: Fans call it 'the most important documentary of the year’

Facebook is an ads-supported platform, which means that selling ads allows us to offer everyone else the ability to connect for free. This model allows small businesses and entrepreneurs to grow and compete with bigger brands by more easily finding new customers. But even when businesses purchase ads on Facebook, they don’t know who you are. We provide advertisers with reports about the kinds of people who are seeing their ads and how their ads are performing, but we don’t share information that personally identifies you unless you give us permission. We don't sell your information to anyone. You can always see the ‘interests’ assigned to you in your ad preferences, and if you want, remove them.

Also read: 'The Social Dilemma' gets thumbs up from celebrities as they urge fans to watch it

The idea that we allow misinformation to fester on our platform, or that we somehow benefit from this content, is wrong. Facebook is the only major social media platform with a global network of more than 70 factchecking partners, who review content in different languages around the world. Content identified as false by our fact-checking partners is labelled and down-ranked in News Feed. Misinformation that has the potential to contribute to imminent violence, physical harm, and voter suppression is removed outright, including misinformation about COVID-19.

Also read: 'The Social Dilemma' expert Tim Kendall on social media addiction and how to curb it

WE RECOMMEND
Facebook, Twitter flounder in QAnon crackdown
'The Social Dilemma' expert Tim Kendall on social media addiction and how to curb it
Facebook to pay US users to stop using its services until elections; all you need to know
Facebook gets 30% reprieve on Apple commission to help struggling businesses
Democrats urge Facebook to take strict measures, stop misinformation ahead of US Elections