'The Social Dilemma' Review: Fans Call It 'the Most Important Documentary Of The Year’

The Social Dilemma released on Netflix on September 9, 2020. Here is how fans have reacted to the teen-based drama post its release. Read more details here.

Netflix’s recent drop, The Social Dilemma explores the negative impacts of social media usage and runs a parallel fictional story to explain the issues which youngsters, today, face with social media. More so, the film also points out how busy people are in the cesspool of the digital world and also focuses on how conspiracy theories and diatribe are spread due to excess social media usage.

Soon after the movie’s release, fans pointed out that The Social Dilemma ‘might be the most important documentary of the year’, as it speaks about volumes about various issues like the importance of privacy, conning, hacking and many more. Take a look at how fans reacted to the show:

The Social Dilemma on Netflix is maybe the most important documentary of the year.

We know we’re being manipulated by social media & having our psychology used against us.

This exposes truths about big data, manipulation, & warnings from the people who designed social media. pic.twitter.com/YoC6PycuVd

Me logging back on social media right after watching "The Social Dilemma" on Netflix to look what people are saying about it. pic.twitter.com/NSB0oULUFy

The Social Dilemma on @netflix is one of the most important things you'll ever see.

It puts a great deal of, well, everything into perspective.

To all who think social media 'reflects' human nature rather than manipulates and engineers it in entirely new ways, watch The Social Dilemma on Netflix. The warnings coming from tech industry insiders are immense. The manipulation of our behaviour is the point of social media.

THE SOCIAL DILEMMA. Just finished a brilliant horror film. And it’s actually a documentary of the real world we are living in - the world of social media algorithms, behavioral influence + capitalism greed.

Fuck it. I’m going off socmed for a while. Goodbye#RekomenFilem pic.twitter.com/ThZFjShFKt

Here's a summary of 'The Social Dilemma.'
(A Thread ðŸ§µ)

The core premise of the movie is that Social Media is disrupting our lives and possibly for the worse. 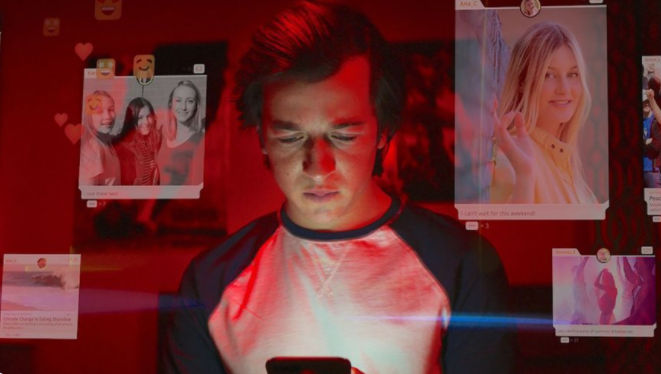 The Social Dilemma is a 2020 docudrama, which stars actors Skyler Gisondo, Kara Hayward, Vincent Kartheiser in the leading roles.  Directed by Jeff Orlowski, the much-acclaimed film premiered at the 2020 Sundance Film Festival and released on Netflix on September 9, 2020. The movie also stars Rashida Richardson, Anna Lembke and Jaron Lanier in prominent roles.

In recent times, the increasing influence of social media among teenagers has been a 'go-to' topic for many filmmakers and content creators. Many movies like The Great Hack and Assassination Nation have been released to increase awareness about the negative impacts of social media. Netflix recently released the much-acclaimed Mexican teen drama, Control Z, which follows the story of a hacker, who begins releasing students' secrets to the entire high school.